From Ad Guy: “Re: PracticeFusion. The way they are able to offer the software for free is that it is run through an ASP and is supported by ‘discreet’ advertising. A hundred bucks a month gets you an ad-free version.” Something about their press releases announcing a single new user here and there makes me suspect it’s been a struggle for them, free or not. And, they were a bit shifty about throwing Google’s name all over their early announcements when it turned out the only Google connection was that they planned to use AdSense ads like any other Web site can do. I would be interested in seeing a review of the software, not just its price, from a real user.

From Bubble Burster: “Re: new site. I am struggling with its intent compared to the original HIStalk. Who is the target audience? You might want to make it look a little different with a font change or something." Thanks to everyone who has already provided us feedback on our new venture (even though we’ve done it in stealth mode with no announcements). Most of it was very encouraging. HIStalkPractice is definitely a work in progress and reader input will help us fine tune things. So, to back up a bit, our annual HIStalk reader surveys indicate that the majority of our visitors come from the hospital side of healthcare. Our goal with HIStalkPractice is to offer information and commentary of particular benefit to physicians and their office staff, some of it from experts who can inform and educate folks in that ambulatory setting. We absolutely intend to include vendor news. And of course we love rumors. We recognize there is overlap between the hospital and physician world, so you might occasionally see an item mentioned more than once if you read both sites (and we certainly don’t recommend that you stop reading HIStalk since it won’t all be duped here). We’re also tweaking things a bit so the site looks more unique. Stay tuned and keep providing your feedback.

AdvancedMD names Christopher J. Bijou executive VP of sales. He had similar roles with UCN and Oracle before that. 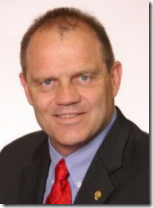 AAFP Board Chair Jim King, MD tells the CMS to fix PQRI or doctors may not want to participate. The biggest complaint stems around the fact that thousands of physicians participating in the PQRI did not receive promised Medicare bonuses. CMS had coding problems and other technical issues, so less than half of the participating physicians received their 1.5% Medicare bonus.

Eclipsys wins a Frost & Sullivan award for Healthcare Innovation in the North American Clinical IS market. The honored product is the former MediNotes physician practice solution. Nothing against Eclipsys or its products, but I’ve never quite understood why a company would go to the time and expense to “win” one of these awards. I could be wrong, but my impression of how easy it is to win an F&S award is on par with the soccer trophies handed out to every player in the league (at least if soccer players paid big bucks just to take the field).

Sevocity launches a new secure web portal that facilitates communication between Sevocity EHR users and their patients. It’s free to customers in the latest software release.

Physicians in 15 states and DC can now manage their Medicare enrollment online. The new service is named Provider Enrollment, Chain, and Ownership System or (PECOS) and will be rolled out to all states over the next couple of months. I’m surprised that CMS is just automating this function.

If you are an iPhone/iTouch user who’d like to maximize its use, check out this posting from a Tulane medical student. He names the top 10 medical resources available, including Eponyms, Mediquations, and Epocrates RX.

HIMSS issues its "recommendations" for the Obama administration, wrapped around a suggested healthcare IT industry donation of $25 billion (does every handout-seeking industry always ask for $25 billion?) to encourage adoption of electronic medical records. HIMSS wants higher government visibility of healthcare IT and insists that no government money be paid out to encourage use of any software that is not certified by CCHIT. Also interesting (and out of left field, but a good idea) is to bar payments to providers by check – the funds would have to be electronically transferred. It should be noted, however, that HIMSS has had marked lack of success in pushing any of its special interest recommendation, so there’s no guarantee that anything in the laundry list will be approved.

Highmark Blue Cross Blue Shield (PA) opens up its database of physician quality measures to members. Ratings are based on preventive screenings, office visits, and recommended tests and procedures for diabetes, pediatrics, and women’s health. Only PCPs are scored, getting one, two, or three stars based on how often they provide services to Highmark’s members compared to the average (how well Highmark pays them to do so is another story).

A new survey finds that about 40% of doctors use electronic medical records, but many of them say their systems aren’t very good. Only 4% said their systems do the job to their satisfaction. While the results aren’t encouraging that vendors are selling the products that doctors need, the survey did ask the right questions — not just whether the physicians had access to ‘electronic medical records,’ but exactly what functions they are using them for, which is really the important fact. It would be highly interesting to see those stats broken out by system vendors, of course, but that’s another survey (say, since vendors would never sponsor something like that for fear of bad results, maybe we should run one).

And speaking of EMRs, it would be interesting to find out what customer relationship management capabilities are built in. Can you enter a few notes to help you chat personably with the patient next time, like that they were headed off to Greece for the summer or changing jobs? Some of the early systems focused on that, helping doctors and office staff build relationships with customers, but you don’t hear too much about it these days.

Something too few people worry about: that little footnote in the medical insurance documents that says everybody gets a lifetime dollar cap, and then they’re on their own. This patient is an example: a surprise attack of AML led to a 48-day hospital say, followed by chemo, BMT, and another five months as an inpatient. Because of high costs, she hit her $2 million lifetime cap and her insurance had run out. Employers are accepting all kinds of compromises (high deductibles, high copays, etc.) to keep offering at least some kind of insurance to employees. The article says lifetime caps have dropped to as low as $250K in some cases, which coupled with high copays could leave patients with help only for the middle ground.

Odd lawsuit: a physician complaining of throat problems is told he’s OK in a 1999 hospital exam, but dies in 2007 of esophageal cancer missed by the pathologist in the original exam and not discovered until 2005. His widow is suing the hospital, but the statute of limitations has run out since the clock starts ticking when the alleged malpractice occurs. She wants the law changed so her lawsuit can go on.

A Michigan doctor has all his medical evidence and expert testimony thrown out by a judge when it’s found that he was paid $500 per exam by personal injury lawyers for claiming 7,323 patients had radiologic and respiratory evidence of the asbestos complications the lawyers were suing over. He netted a cool $3.6 million despite having minimal qualifications to interpret films. A previous example from West Virginia is cited where a radiologist made $10 million from a "lawsuit mill," claiming he examined 515 patients in a single day, all of whom had something litigable, no doubt.