A Tennessee physician receives disciplinary action for allowing staff to examine patients without supervision while he spent a month in the hospital. Unlicensed staff continued to provide care for 115 patients and also billed for nurse visits despite having no nurses on staff. 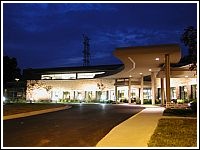 East Tennessee Medical Group receives the 2008 TECHMED Award for its outstanding use of patient care technology and its innovative use of electronic medical records (EMR) in its practice. The multi-specialty clinic includes over 50 physicians.

If you are looking to implement electronic lab results, Physicians Practice offers some tips for integrating the functionality into your existing EMR.

Put your e-mail address in the "Get Instant Updates" box to your upper right and you’ll get an e-mail blast notification every time we write something new here.

Despite being preoccupied with other matters, Illinois governor Rod Blagojevich signs a law that extends the Medical Practice Act until 2010. The bill continues the regulation of physicians and ensures that no licenses for practice doctors expire at the end of the year.

I’d love to know what, if any, practice management system this cardiologist has in place. A Kansas office manager pleads guilty to embezzling over $300,000 from the physician who employed her for 12 years. Frances E. Holt’s duties included keeping payroll records, entering patient charges, creating financial reports, and printing checks and paying bills for her physicians. At some point, Holt obtained a credit card in his name, used it herself, and had the doctor pay for it.

We made some minor adjustments to the format of HIStalkPractice to provide a visual cue that you’re here instead of HIStalk (since we also hope you’re reading both sites).

What do you think is the primary barrier for small practices looking to adopt EHR systems?

A recent eHealth Smartbrief survey concludes the primary barrier for small practices looking to adopt EHR is cost, according to 77% of respondents. Fifteen percent claim implementation is the main issue.

Holland Hospital (MI) forms a physician clinic subsidiary, claiming doctors want a new model that allows them to practice medicine without worrying about administrative issues. The hospital CEO says that one of the heaviest financial burdens for physicians is the high cost of IT for an EMR deployment.

The Minnesota Department of Health issues a 13-page complaint against the Mayo Clinic, charging that the practice failed to obtain federally mandated written permission from patients undergoing major surgical procedures, including organ transplants. Mayo physicians instead obtained oral consent and noted it in the patient record. 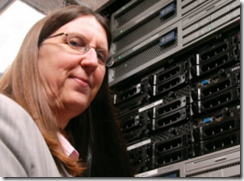 A researcher at Worcester Polytechnic Institute (MA) is awarded a $750K National Science Foundation grant for a three-year study on whether a "single best way" exists for implementing and using electronic medical records.

Outgoing HHS Secretary Mike Leavitt writes an op-ed piece for The Washington Post, insisting that any federal stimulus money earmarked for healthcare IT should be used only for CCHIT-certified, interoperable systems. "If stimulus money supports a proliferation of systems that can’t exchange information, we will only be replacing paper-based silos of medical information with more expensive, computer-based silos that are barely more useful."

An Archives of Internal Medicine article suggests that physicians using EMRs are less likely to have paid malpractice claims (10.8% of paper-based physicians vs. 6.1% of those using electronic records). The authors hope that similar studies will encourage insurance companies to lower malpractice rates for EMR-using doctors.

A Congressional Budget Office review of the Obama administration’s healthcare proposals finds that most of them would be expensive and wouldn’t save much money, but the biggest potential winner is the requirement for doctors and hospitals to use electronic systems. CBO estimates savings of $34 billion over 10 years in addition to lower malpractice insurance. Another financial winner is allowing generic equivalents of biotechnology drugs, estimated to save $12 billion over 10 years beyond the individual savings for consumers and employers.

HHS affirms the right of health care providers to refuse to participate in services to which they object, such as abortion.

CCHIT says it will use the recently released HHS privacy framework into its certification for personal health records when that program starts in 2009. It includes a draft policy notice for PHRs that lets consumers compare the privacy practices of PHR vendors.

UC Physicians (OH) combines 16 practices into one company in an attempt to save more than $1 million next year. Leaders expect that more negotiating power with insurers and consolidated back-office departments could lead help the group to double annual revenue of $180 million within five years. The group includes 649 doctors and 2,200 employees.

Good news for all good girls and boys, big and small. Baylor University Medical Center clears Santa for takeoff after physical exam. Mr. Claus was warned to lay off the milk and cookies, however. (is telling you that a HIPAA violation?)