A California eye surgeon uses Twitter to provide patients’ friends and families with surgery updates. His staff has set up a Mac notebook in the waiting room and he Twitters his patients’ status to a private Twitter account at the conclusion of a procedure. The 42-year-old doctor says that using Twitter is “just a different way to do outreach.”

A Florida ophthalmologist hopes the economic stimulus package will boosts the growth of his sideline EMR business. Dr. James Croley designed Quickview Medical Records, which is targeted for use by ophthalmologists and optometrists. Currently the product is being marketed across 20 states and costs about $14,000 for a typical office.

The Arkansas physician injured in a February 4th bombing hopes to return to his family practice in July. Dr. Trent Pierce, who is also chair of the state medical board, lost his left eye and hearing in his left ear after an explosive device went off in his driveway. No one has been charged with the incident, though officials say they have a person of interest.

AAFP subsidiary TransforMED signs a strategic partnership with EthosPartners to provide a customized analytics tool to integrate and track operational and financial performance in primary care practices. TransforMED’s client base will have the opportunity to use Ethos’ VitalStats to track RCM, physician productivity, and other practice measures.

Physicians for uninsured African-American and uninsured/Medicaid Latino patients are less likely to use and EHR than physicians primarily treating privately insured white patients. In general, physicians in urban areas and in group practices utilize EHRs more than doctors in rural areas and solo practices. This article does not theorize why, but likely the cost of technology is the primary factor.

The sluggish economy is making physicians less likely to leave an existing practice, based on findings from an AMGA survey. Last year physician turnover was 6.1%, compared to 6.7% in 2006. In addition, 62% of physicians are delaying retirement due to economic conditions. In other words, physicians have found their 401Ks shrinking, just like the rest of us. 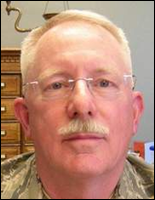 Montana physician Dr. Ron Bearss gives up his private practice for three months to care for soldiers in the Middle East. We thank you for your service.