From Deborah Peel “Re: security. Today’s interconnectivity can also put patient data in jeopardy. It’s time for all physicians — not just plastic surgeons — to wake up to the risks of using HIT systems without ironclad security or consumer control over data use. The national professional organizations for medicine and nursing are AWOL on the key policy issue of putting their patients first by restoring the Hippocratic Oath and privacy rights in electronic health systems.” The privacy rights advocate is referring to this article published in the Cosmetic Surgery Times, which stresses the need for physicians to safeguard their healthcare IT systems against patient privacy breaches. The article quotes an attorney who says, “The cost of civil penalties or remediation resulting from a data breach may add up to significant dollars, but the more significant loss is the loss of public trust.”

The Texas legislature hopes to attract more physicians to underserved rural areas of the state with the passage of new medical school loan repayment bill. bill. If signed by the governor, it will set up a fund to repay up to $160,000 in student loans for any medical school graduate who agrees to practice in one of the rural counties of Texas for at least four years. The funding will come from a new tax on smokeless tobacco products.

Meanwhile, the American College of Physicians and others are lobbying Congress to provide scholarships and loan repayments for students pursuing careers in primary care specialties. The Preserving Patient Access to Primary Care Act is designed to address critical shortages in primary care providers. 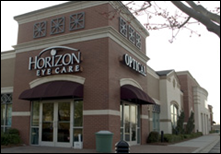 Check out our new “Industry Events” link in the green column to your right. Click to view the HIStalk calendar that is designed to keep track of industry activities. Readers can submit their own events (subject to approval). The calendar includes links some cool features, including maps and current weather. You can even download an event to your calendar.

Also on HIStalk: to date, 91% of HIStalk readers responded “no” to the question, “Is CCHIT free of HIMSS influence?”

A physician from the Bronx who received free EMR software through NYC’s Primary Care Information Project claims the move to EMR was “one of the best decisions” he ever made. Dr. Sumir Sahgal see improvements in his practice, particularly in the monitoring of medications for elderly patients. Sahgal was one of 200 doctors serving underprivileged communities who benefited from the Primary Care Information Project. Though the software was free, Sahgal and his four partners spent over $40,000 in out-of-pocket costs plus the cost of PCs.

Though many “house-call” doctors are slammed for being available only to the wealthy elite, here is one doctor that seems to break the mold –- on several levels. Dr. Dale Hamrick didn’t decide to become a physician until age 39. In reading the article in the local Charleston, NC paper, it sounds like most of his income is from Medicare and he does not charge any type of membership fee to be part of his practice. Because he covers a wide geographic area, he only sees 10 patients some days. He carries a laptop (presumably for chart notes) and is currently looking at voice recognition software to save time. How can you not like a doctor who wears jeans and works out of a pickup?

Natalie Hodge is a pediatrician offering a more traditional house call, concierge-style practice that relies heavily on technology, including a pediatric web portal, secure electronic medical records, podcasts, and iPhones. In fact, the Personal Pediatrics practice website touts its use of “21st century technology.” Hodge claims her “old model” office-based practice used to cost $200K a year to run, versus $50K with the new model, with both providing the same revenue.

If you are an employer who prefers your employees work even when they are sick, you might want to check out Medicine At Work, which provides physician services in the workplace using telemedicine technology. The physician connects remotely while a local paramedic assists with the exam on site with the patient.

Leonard M. Fuld, the head of competitive-intelligence firm Fuld & Company, predicts that Obama’s planned acceleration of EHR adoption will drive consolidation in HIT and threaten many small physician practices. Fuld predicts that “hundreds of thousands” of small practice doctors could be forced to join larger groups, largely due to the expense and complexity of adopting EHRs.

Practicing physician William Carlson is named chief medical officer and director of PHR vendor Connectyx Technologies holdings Group. Carlson is an orthopedic surgeon with a practice in Florida and also serves as president of the medical staff at Martin Memorial Health Systems.

Humana beats out Aetna and Cigna in athenahealth’s fourth annual Payerview Rankings. The rankings examine which insurers are paying the fastest. The overall survey results indicate that the insurers are paying physicians 5.3% faster and denying 9% fewer claims than last year.

HealthLINC, an HIE based in Southern Indiana, is awarded federal funds to implement Axolotl’s e-prescribing technology for Bloomington-area physicians and pharmacies.