From: Al Borges “Re: New CCHIT certification options. CCHIT is simply trying to defuse the argument that certification costs too much. The only thing is that: the cost of earning the certification can be overwhelming; most folks that have non-CCHIT certified EMRs don’t care about CCHIT nor do they care about HITECH; and, they still shut out commercial non-c-EMRs out there in the market. Other countries are way ahead of us, and none of them rely on CCHIT, even though Canada, Europe, and SE Asia did try to do certification schemes like CCHIT.” 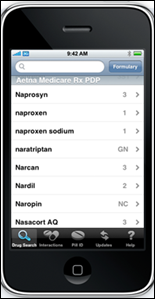 Epocrates claims its mobile clinical reference software is the most helpful safety technology for physicians. Sixty percent of the 2,000 physicians they surveyed reported avoiding at least one adverse drug event per week using the Epocrates software. About one-third of US physicians use the application.

Physician compensation did not keep up with inflation last year, according to an MGMA survey. Primary care doctors reported a two percent increase in compensation (or –1.73 percent adjusted for inflation.) Specialists saw an adjusted decline of 1.59%, with internal medicine faring the worst with a 3.37% adjusted decline. Gastroenterology and pulmonary medicine were among the few specialties posting moderate compensation gains.

On the rise: the use of signing bonuses to attract new physicians. Eighty-five percent of searches offer a signing bonus, which average $25,850.

Signing bonuses may be the key to replacing older family practice physicians practicing in rural communities. Eighty-one year Dr. Kenneth Spady says he can’t find anyone willing to take over the rural Washington health clinic he’s run for the last 52 years. The suggested reason is no surprise: a shortage for primary care providers as more doctors opt for the higher paying specialties.

Doctors fail to tell patients about abnormal test results seven percent of the time, or a rate of one out of every 14 tests. Practices using EMR had lower failure rates than those using paper. However, offices using a combination of paper and computer records had the worst overall failure rates.

Bridges to Excellence launches five new reward programs to assess improvements in the diagnosis and management of chronic diseases. The programs provide incentives that reward physicians and practices for adopting better systems of care, including the adoption of HIT.  Bridges to Excellence also announced it will utilize IPRO’s Clinical Data Portal to accept chart data directly, or, via an EMR and score data against clinical measures.

For $3,000, ophthalmologists and optometrists can purchase an EHR that incorporates electronic prescribing. Compulink Business Systems is offering the Eyecare Advantage Essentials and E-Rx products, which sounds like an “out-of-the-box” application that does not allow for customization. Compulink also offers an ophthalmology-specific PM plus a more robust and customizable EHR. 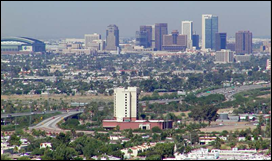 The high rate of EMR de-installations in the Phoenix area leads analysts to conclude that small physician groups need solutions that are more simple and affordable. Though the Phoenix market at one time was adopting faster than other regions, de-installations are now rising as physicians complain of training, functionality, and cost issues. Is this a trend unique to Phoenix or something we will see repeated across the country? I predict the latter.

Does technology create a new etiquette for physician-patient interactions? Those of us in HIT focus on how technology changes the way physicians practice medicine. This article points to some of the ways patient behavior is and will evolve as technology seeps into the clinical world. Patients must be increasingly assertive, especially if their doctor has his/her back turned entering information into a computer: patients must be sure to communicate any visual cues their physician might miss. Patients are now armed with more clinical data, thanks to the Internet. Physicians should be prepared to address questions from more educated patients. And, as patients have more access to their own records, they will bear more responsibility for monitoring the accuracy and completeness of their information.  Just ask e-Patient Dave.