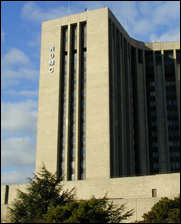 NuHealth (NY) signs a $5 million contract with Allscripts to provide EHR, PM and ED solutions across its hospitals and employed physician networks. The health system will also establish data exchange between the Allscripts solutions and the hospitals’ Eclipsys Sunrise, Sunquest lab, and Amicus radiology systems.

Kaiser Permanente earns high satisfaction ratings for medical care and patient satisfaction, according to California’s Office of the Patient Advocate. The HMO attributes its high rankings in part to the use of EMR for tracking medical tests, making records available to all providers, and making information accessible via home computers.

The Senate is considering adding language to its current “Jobs Bill” that would allow some hospital-based physicians to receive ARRA subsidies. Current ARRA language excludes hospital-based physicians, much to the disappointment and anger of ER docs, pathologists, and physicians who practice in ambulatory facilities owned by hospitals. The proposed bill would still exclude subsidies for physicians who perform substantially all their services in an inpatient or ER setting, but, physicians who use ambulatory facilities owned by a hospital would become eligible. For details, see SEC. 620 under EHR CLARIFICATION.

Sequel Systems becomes the latest EHR vendor to “guarantee” its solution will be fully compliant with meaningful use certification criteria. The company says it will credit customers their monthly support fees during any period in which software modifications are  required in order to meet certification criteria. I’m looking forward to seeing how all these guarantees work out. How many providers are going to end up blaming their software vendor when they’re unable to use EHR in a “meaningful” way because the system slows them down too much?

Saint Vincent Catholic Medical Centers (NY) announce layoffs for 32 doctors as of the end of February. The physicians are specialists in ophthalmology, pathology, and neurology and the financially struggling hospital says they may be forced to shut down those departments completely. The hospital is losing money and heavily in debt. The biggest creditor is GE Capital, which is owed $300 million. 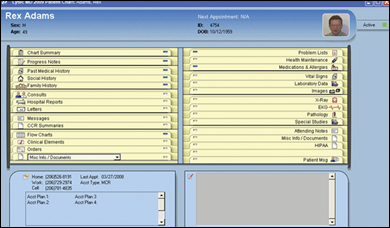 McKesson releases a new version of its Lytec MD EHR.The release includes Bright Note Technology, which I checked out at MGMA and thought was pretty slick. There’s also a Lytec Connect feature that leverages RelayHealth technology to provide secure communication between caregivers.

I have been periodically taking a look at the public comments on the latest Interim Final Rules. Some are quite specific, provide logical arguments, and are likely beneficial to all participating in the process to develop the Final Final Rules. For example:

In our 12 doctor Urology practice, we have been enthusiastic E-prescribers since we implemented our EMR almost 2 years ago. Virtually all of our prescriptions are now generated electronically, but not all of them are transmitted to the pharmacy electronically. there are several valid reasons for this:
1. The patient may request a paper copy of the prescription that he can send to a mail order pharmacy or PBM, which are currently not able to receive electronic prescriptions, at least from our EMR.
2. The patient may be given drug samples at the time of an office visit along with a printed Rx. This allows the patient to determine whether he or she can tolerate the drug prior to getting the prescription filled. Since it is not certain that the patient will be filling the Rx, it seems inappropriate to send an electronic Rx to the pharmacy in this scenario.
3. Some patients simply prefer a printed Rx. They may not have a regular pharmacy and may not know for sure where they want to fill the Rx. Also, for some patients, I think it helps them to have a physical reminder to go to the pharmacy.
Arguably a printed Rx generated by an EMR is just as legible an an electronically submitted Rx, and is also subject to the same decision support. Therefore I would suggest that the E-prescribing requirement should be modified in one of 2 ways – either allow providers to count electronically generated printed prescriptions as E-prescriptions, or lower the threshold for electronic transmission of prescriptions to something like 50%.

Some of the comments don’t necessarily offer solutions, but none-the-less provide useful insights about providers’ concerns:

Met this week with providers in the community and discussed timeframes for purchasing systems to meet meaningful use. The consensus was to hold off for at least 6 months. One factor was uncertainty created because there are no certified systems. Perhaps you should have grandfathered CCHIT certification to keep this moving. Another factor was dissatisfaction and discontinued use of the technology because of poor usability, reliability and impact to the providers productivity. Vendors need to substantiate required training time for providers and staff and disclose average time needed for the provider to become proficient. Regarding reliability would like mandated uptime guarantees and service level agreements that address timeliness of issue resolution with substantial penalties as standard contract language. Lastly some providers have home-grown systems that are innovative. With regulation defining meaningful and certified, these system may no longer exist. Would like to see exceptions for privately developed systems, i.e. non-commercial, to become acceptable in some manner without cost. I do not have the solutions on this but the concern is that commercial vendors will prioritize to meaningful use and innovations in technology for patient care may be precluded.

And, there are the ones that I would simply categorize as rants:

NOW THAT I’VE READ THE MEANINGFUL USE DEFINITION (25 STANDARDS / OBJECTIVES) THAT WAS RECENTLY PUBLISHED, IT SEEMS LIKE THE GOVERNMENT PULLED A FAST ONE (AGAIN) BY GETTING EVERONE EXCITED ABOUT THE OPPORTUNITY TO RECEIVE SIGNIFIANT DOLLARS TO PAY FOR THE IMPLEMENTATION OF EMR ONLY TO PULL THE RUG OUT FROM MANY PROVIDERS. WHY IS IT THE PROVIDERS WHO ALWAYS TAKE IT ON THE CHIN? WHY IS IT NOT THE EMR VENORS AND HIGHLY PAID CONSULTANTS, WHO HELP IMPLEMENT THE EMR PRODUCTS, BE HELD ACCOUNTABLE TO THE PROVIDERS WHO TOOK THE STEPS TO IMPLEMENT EMR BUT DID NOT KNOW THE CRITERIA THEY WOULD BE HELD ACCOUNTABLE TO UNTIL AFTER IT WAS TOO LATE. IT’S LIKE THE OLD ADAGE, READY FIRE AND SEE IF YOU HIT ANYTHING. TO INSIST THAT PROVIDERS ARE 100% COMPLIANT WITH THESE 25 STANDARDS 80 % OR WHATEVER THE CRITERIA IS FOR EACH OBJECTIVE IS NOT FAIR. IF PROVIDERS WOULD HAVE HAD THE CRITERIA WHEN THEY DESIGNED AND IMPLEMENTED THEIR WORKFLOWS, IT WOULD HAVE BEEN A MORE LEVEL PLAYING FIELD. I’M SUGGESTING THAT SOME CONSIDERATION BE GIVEN TO THOSE PROVIDERS WHO ALREADY IMPLEMENTED THEIR SYSTEMS AND ARE NOW STRUGGLING TO MODIFY SOME OF THEIR WORKFLOWS IN ORDER TO MEET THE NEWLY PUBLIZED MEANINGFUL USE CRITERIA. ALL THE VENDERS AND CONSULTANTS CARED ABOUT IS IMPLEMENTING BASED ON HOW THE PROVIDER WANTED TO OPERATE THEIR OFFICE AND NOT ACCORDING TO WHAT IS NOW NECESSARY IN ORDER TO MEET THE MEANINGFUL USE CRITERIA.