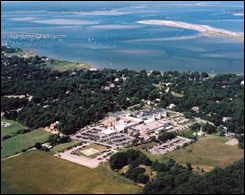 Physicians at Dreyer Medical Clinic (IL) sign an agreement with OPTIMIZERx to implement its SampleMD solution. I’ve never heard of SampleMD before but am intrigued by their offering. The system facilitates electronic searches for sample vouchers and prescription co-pay offerings, plus electronically dispense drug samples through a national pharmacy network. It also eliminates the need to manage and store physical drug samples in physician offices.

The FTC releases its plans for expanding broadband Internet connectivity and boosting HIT connectivity. Healthcare-specific plans include allocating $29 million a year for Indian Health services for broadband services and increasing federal funds and reimbursements for telemedicine and underserved areas.

Speaking of NextGen, we welcome them to HIStalk Practice as our latest Platinum sponsor. NextGen Healthcare Information Systems has long been one of the ambulatory HIT industry’s most respected vendors, offering a suite of practice management, electronic health records, and HIE products. Last month NextGen announced the acquisition of Opus Healthcare Solutions and Sphere Health Systems, increasing their presence in the hospital IT space. Almost three years ago they became one of HIStalk’s first non-hospital specific sponsors and we appreciate their expanded support of our efforts.

A local Indiana paper examines one practice’s transition to EMR, including possible effects on patient satisfaction and the doctor-patient relationship. One of the practice’s doctor, who still handwrites and dictates his notes, believes that EMR will ultimately save time, but worries he might alienate patients as he concentrates on the computer screen. Others acknowledge the transition will be difficult, but will save patients time and money, reduce redundant tests, and increase safety when prescribing medications. Says like concerns raised by every doctor when transitioning from the paper world to an EMR, regardless of the practice or EMR.