From Valley Gal: “Re: e-MDs. Why didn’t you mention e-MDs in the body of your discussion about the KLAS report? Only Greenway and athenahealth were mentioned. I have noticed that HIStalk Practice seems to avoid e-MDs. Why?”  The omission of e-MDs was definitely an oversight on my part, but they don’t make as much “noise” as some other vendors. They’ve issued five press releases since September. During the same time frame, Greenway had 14, athenahealth 32, and Allscripts 47. Press releases are the not the only way we get information on vendors, but there there is a definite correlation between vendor mentions and the output of their marketing team.

From Caymus: “Marketing and public companies. It’s fascinating to see the posturing among publicly traded companies as they influence the RECs and spend millions getting the message out, while behind the scenes, they’re settling lawsuits from previous partnerships mentioned in press releases. If we focus on improving healthcare first and market share second, both can result. I spent some time with (an unnamed vendor) and despite the rhetoric espoused by senior management, the customer isn’t first. When there are intense communication policies on ‘who’ is allowed to speak with anyone, and internal communications regarding appropriate ‘talk tracks’ for media, then the customer is not the focal point.”  I have worked for both private and public companies and I will agree that public companies tend to be much more focused on the financial metrics and driving market share. I definitely recall occasions when certain actions seemed more about making the numbers than doing the right thing by customers. That being said, I like the financial transparency you have with public companies. There’s value in knowing the financial strength (or weakness) of a company before investing thousands of dollars on its products. As for posturing with RECs, it’s the way to play the game right now, regardless of whether you are public or private.

CCHIT names Karen M. Bell, MD as its chair, replacing the retiring Mark Leavitt. Bell most recently served as SVP of HIT Services for Masspro. Her other roles include director of the Office of HIT Adoption and acting director of the ONC.

Hospitals, be good to your doctors. The average net annual income generated by physicians last year was over $1.5 million, with neurosurgeons bringing in almost $3 million revenue per doctor. With numbers like those, doctors have the upper hand when asking hospitals to subsidize their EHR purchases.

Good news: women are not ready to replace their physicians with the Internet. An online Harris Interactive survey finds most women feel more comfortable discussing private health concerns with their doctor than with an online community, spouse, friend, or family member. However, half of the women surveyed said the first place they research a health question is online. 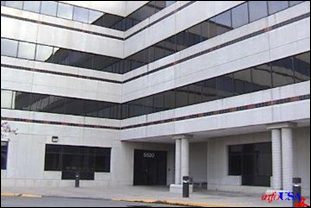 The administrator at the nine provider Cokingtin Eye Center (KS) claims their MedInformatix practice management software has helped reduce the practice’s A/R to 17 days and enabled them to collect 99% of collectible fees.

A Kalorama Information study suggests that relaxing meaningful use standards could lead to double-digit growth for the EMR industry. The requirement for 80% of orders to be completed via CPOE by 2011 was noted as one of the biggest concerns. The report suggests gradual adoption would be a more way to achieve widespread EMR adoption.