A couple of weeks ago a reader tipped us off that Sage was about to hire a new VP of sales. I checked their website today and see Lee Horner is now listed on the leadership page. Horner is the former VP of sales for CA (Computer Associates). Other previous gigs included DataCore Software, ADIC, and Seagate Software.

Over on HIStalk, a reader mentions the rumor that Allscripts could be trying to buy GE’s Centricity business. It’s strictly a rumor at this point but readers share some interesting commentary on why and why not such a deal would make sense. My take: taking over the Centricity business would give Allscripts a bigger base to sell into, something it needs in order sustain revenue growth. I’m sure Allscripts would also like to improve its odds of winning over Centricity Business clients (the old IDX Flowcast,) many of whom also run Allscripts EHR. As more of these facilities dump GE for Epic, Allscripts needs more leverage to ensure it does not lose some of its largest EHR clients.

NaviNet adds nearly 1,000 providers its New Jersey HIE in April. The company says that about 85% of the state’s providers are enrolled in NaviNet, making it New Jersey’s largest health information network.

MediConnect Global changes the name of its PHR and consumer health portal from PassportMD to myMediConnect. The CEO says the new name reflects the central role of the PHR and portal in the company’s vision for improving the quality and cost of healthcare. I wonder if the company also found the PassportMD name was too easily confused with Passport Health.

Speaking of eClinicalWorks, I see they’ve set up a Web-site for their 2010 National Users’ Conference. The conference runs from October 30 to November 2nd, with an expected attendance of over 3,0000. The eCW folks reminded me that last year’s conference drew a record 2,200, which was more than doubled their 2008 numbers.

The AMA, American Osteopathic Association and the Medical Society of DC file a lawsuit to prevent the FTC from requiring physicians to comply with the “Red Flags Rule.” The organizations say the rule, which strives to reduce identity theft, should not apply to physicians since they don’t fit the rule’s definition of “creditor.” In addition, the medical societies charge that the FTC’s rule exceeds the powers delegated to it by Congress and that its application to physicians is “arbitrary, capricious and contrary to the law.”

A recent paper in the Joint Commission Journal on Quality and Patient Safety concludes that HIT solutions are critical to reducing missed tests, though physicians must first have the right procedures for handling test results. One of the top recommendations: test results should be routed to ordering physicians and physicians should be made responsible for follow up.  Not exactly innovative, since everyone has been making the same general suggestions for years. It’s probably time for more “how-to” papers on ways to make this happen. 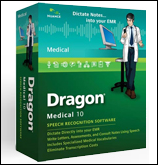 Software Advice makes a stab at estimating market share in the outpatient EHR market. The company estimates that Epic, Allscripts, eClinicalWorks, and NextGen own a combined three-quarters of the market, with Epic serving slightly more physicians than its competitors. Software Advice points out that some of the calculations are “fuzzy” since the data sources aren’t necessarily reliable. Still, the pretty charts provide a nice snapshot of what’s happening in the ambulatory EHR world.

The American Academy of Private Physicians claims that more than 1,000 doctors now practice concierge care or retainer medicine, including the 380 associated with MDVIP. A growing trend, perhaps, but still a miniscule percentage of all doctors. 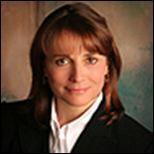