New data from MGMA shows that 65% of established physicians were placed in hospital-owned practices last year, as were almost half of physicians just out of residency or fellowship. One likely factor is higher first-year guaranteed compensation with hospital-owned practices compared to private practices. First-year guaranteed income has fallen 2% for specialists since 2006, but increased more than 17% for primary care physicians.

Steve Jobs introduces the iPhone 4, complete with a thinner profile, a 5-megapixel camera and flash, and video chat (FaceTime). Though the FaceTime feature will only work between iPhone 4s for now, I’m sure it will eventually be huge in healthcare. Time for some creative type to develop an app that translates video chat to a CPT code and passes the code to a physician’s billing system (if you steal this great idea, I’ll expect you to send me wine or shoes when you hit the big time).

UBMD (NY) selects Allscripts EHR for its 450-physician practice. Physicians in the 18-practice multi-specialty group also serve as faculty at the University of Buffalo School of Medicine and Biomedical Sciences.

Partnerships like the one mentioned above reminds me of a prediction I shared with a friend not long ago. Perhaps this isn’t terribly profound, but I believe we’re going to see a marked increase in collaborations between ambulatory EHR vendors and third-party consulting firms. As stimulus-hungry physicians demand quick but thorough implementations, look for more vendors trying to secure alternative implementation resources, at least for the next couple of years. Hospital vendors have relied on third-party consultants for years, but it’s been less common in the ambulatory world.

Spectrum Health Medical Group (MI) will spend up to $60 million on EHR technology over the next five years as part of a master plan to dramatically grow the practice. The 90-physician group anticipates growing to 700 providers by 2014, a process that may cost more than $150 million in physician recruitment and support costs. Spectrum says the goals for growth include recruiting faculty for the MSU College of Human Medicine and building its research capacity. No doubt Spectrum also believes that tighter physician alignment will help keep its four hospitals full. 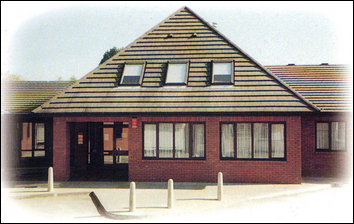 Proof that security and privacy blunders are not unique to the good old US of A: an employee at a Welsh medical practice mails an unencrypted USB drive that never makes it to its final destination. Unfortunately, the memory stick contained data on 8,000 patients. Lampeter Medical Practice was called out for the incident, though not fined.

An HHS advisory workgroup recommends that EHRs be enhanced to deal with needs of unique populations, such as children and victims of domestic abuse. The AHRQ and CMS are already working on a pediatric record template for children enrolled in Medicaid or CHIP that includes such nontraditional factors as literacy, language and cultural barriers, domestic violence, and crime. 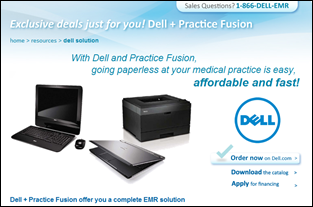 For about $3,000, a small practice can purchase a EMR solution that includes Dell hardware and free Practice Fusion software. The Dell/Practice Fusion bundle is available through both companies. Dell has similar marketing agreements with Allscripts, Meditech, and eClinicalWorks.

athenahealth makes some changes in its executive team following the resignation of David Robinson as COO and Nancy Brown as SVP corporate development. Ed Park is promoted to COO and Derek Hughes will take over the SVP role. After talking to one athena insider, I don’t think the changes are an indication that we are  about to see big shifts in the company’s direction. Meanwhile, athenahealth stock continues to struggle, falling 13% in the last month.