From: Zagat “Re: REC/HIE rating tool. Have you seen this? On the American Academy of Pediatrics website Dr. Chrisoph Lehmann put together an online tool rating RECs and HIEs. The REC centers are like the mayors in Afghanistan. A lot of cash going in…where’d it go?” To the first point, I had not seen this information and I am intrigued. I’m not clear who is rating the centers, but I assume AAP members. If and when additional members add their comments and ratings it could be a handy resource. And, I’ll give the RECs the benefit of the doubt for now about the money since it’s still early in the game.

The AMA plans to offer NextGen’s EHR and PM solutions on the AMA’s new online platform. The AMA has already partnered with Ingenix to provide CareTracker EHR through the same service, as well as Dr. First for  e-prescribing services. 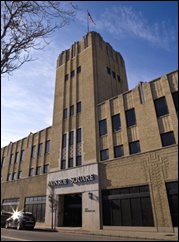 MedAptus releases its version 10.0 Intelligent Charge Capture suite, which can be run on iPhones and iPads. The new release offers improved PQRI collection and reporting tools.

Also now available for the iPhone, iPod Touch, and iPad: Entrada’s eDicatate application. Spoken medical reports can be captured on the Apple device and transmitted to Entrada’s web-based data center. Voice recognition software then coverts the recordings to text.

A California ER doc relays how she used her iPhone and seven separate applications while treating an 8-year girl for seizures and breathing issues. The apps included Pedi Stat (for dosing,) Eponyms (to learn about the patient’s rare hereditary condition,) Epocrates (to determine what meds to prescribe,) and WeatherBug Elite (to figure out if the weather was acceptable for a helicopter transport.) Says the doctor, “I did all of this without taking my eyes off the child.”

Aprima says they experienced “record growth” in the quarter ending June 30th, adding practices from more than a dozen specialties. 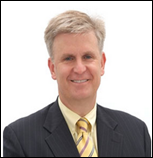 I like this quote from Michael D’Eramo of the Rubicon Group. He stresses that it’s critical for practices selecting and implementing an EMR to rely on a doctor who knows his/her practice’s workflow:

“It’s got to be the lead IT nerd doctor.”

If you have been in HIT for any length of time you know exactly which doctors he’s talking about.

HIStalk Practice traffic was up 39% last month, compared to 2009. At last count, we had 840 confirmed subscribers (more always welcome if you haven’t signed up.) It warms my heart to have so many readers, subscribers, and of course sponsors. By the way, send some love to our sponsors by clicking on their ads and learning more about their offerings. And of course, send some love my way by continuing to read and telling all your HIT buds.

The FDA grants 510(k) clearance on a mobile phone application that helps patients and providers manage Type 2 diabetes. DiabetesManager System by WellDoc allows patients to enter measurements into a phone application and then offers clinical coaching and behavioral algorithms.