From TypO: “Re: EHR Challenges. HemOnc Today has a good read on the challenges and benefits of EHRs.” This article offers a balanced view of the good and the bad that accompany an EHR implementation, regardless of the specialty. I particularly liked the comments from Michael Kiernan, MD, the physician EHR champion at Tulane University Medical School, who doesn’t mince words about his EHR project:

On a good day, it does many good things. It eliminates many common, annoying problems, like illegible handwriting. Transmission of information is much faster, and the EHR makes tracking and handling results much easier…when it works. On the bad days, the lab data do not always show up. I’ve been looking at EHRs for a long time, and my impression is that the global overview of EHRs is that they’re going to solve many problems and eliminate lots of medical errors. My experience is that they rarely do that. They simply change the kind of errors that occur and create new problems to replace they ones they’re solving. Overall, they move us in a better direction, but they’re not a panacea.

SRS expresses support for the American Academy of Orthopaedic Surgeons and its soon-to-be-released EMR Position Statement. The AAOS argues that orthopaedic surgeons will have great difficulty meeting the current 25 Meaningful Use standards. It also points out that different specialties have different needs and uses for an EHR. 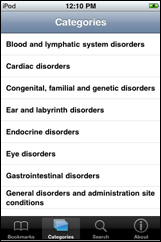 Need to identify possible adverse events associated with drug treatment or from medical devices? There’s an app for that, thanks to the Center for Biomedical Informatics at The Children’s Hospital of Philadelphia. CTCAE 4.0 is a free app for the iPhone, iPod Touch, and iPad that helps providers identify possible side effects and their severity.

AirStrip Technologies secures an unspecified amount of funding from Sequoia Capital. The investment will help drive adoption of the AirStrip OB product and accelerate further development and marketing efforts for the AirStrip Remote Patient Monitoring solutions.

The president of the Osceola County Medical Society (FL) estimates that 20 to 30% of the primary care physicians in his area will retire over the next few years rather than adopt  an EHR. However, the University of Central Florida College of Medicine says 400 area physicians have signed up for EHR implementation assistance through its REC program. 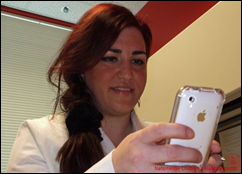 Dr. Jennifer Dyer of Nationwide Children’s Hospital (OH) finds that weekly text messages improve medication adherence in diabetic teens. Obviously Dr. Dyer has had a teenager or two in her waiting room and observed that texting is the communication medium of choice for teenagers.

Here’s some news that’s not too surprising, given the aging of baby boomers. Office visits for patients aged 45 and over account for 57% of all office visits, up from 49% ten years ago. This age group also increased their lead over younger patients in terms of total medications prescribed, imaging tests performed, and total time spent with a physician. Patients over the age of 65 had relatively smaller gains: visit rates grew 13% over the decade and prescriptions jumped 31%. 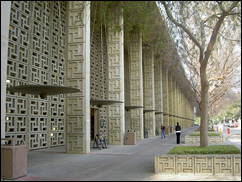 However, I might not mind being the oldest medical student at Stanford University. All 91 of its first-year medical  school and masters of medicine students will receive iPads, which will include digital textbooks, syllabi, and other course content.  And if the professor gets boring, you can always pull up Doodle Buddy.