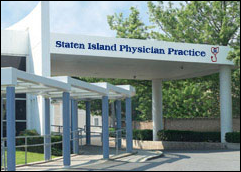 Give me some background on your practice and the technology you are using.

We are a two-location, multi-specialty group of about 90 to100 physicians.We’ve been using NextGen since 2006. It was our first experience using an electronic medical record. We also use their practice management system, so we’ve use both ever since then.

In the sense of using the system for the pay-for-performance enrollments, we enrolled with NextGen due to their HQM, their Health Quality Measures, that they set up. We moved forward with NextGen. We were not previously reporting until NextGen created the HQM.

Which was how long ago?

This was last year that we enrolled.

So that’s essentially how you got into the ehearts program?

What made you decide to participate?

It was actually brought to us as a NextGen client. Obviously we were interested in the pay-for-performance initiatives. At that point, especially knowing that it was just on the reporting end that we were enrolling as a beta site for their new application or utility, we enrolled.

Since we are a New York-based group, we enrolled in the eHearts and we also enrolled in PQRI. We reported for both of those for 2009.

How did you do on the PQRI? Have you gotten those results yet?

We have not heard back from PQRI yet.

What type of data are you capturing?

That was one of the great things with the HQM is that the physicians were already documenting into the electronic medical record. Say it be specific information for the patient while they’re doing their documentation for the day, or it can be information that’s coming through an interface. For example, lab results.

Through all the different measures, they’re actually going into the back end of our database and pulling those fields for the patient. The physicians don’t have to change their way of documenting. They continue to document the same way. We brought it to their attention, obviously, that we were reporting off of specific fields, but they were already using those fields, so it worked out well for them.

What sort of data are they looking for?

It depends on the measures. For example, in the measures that we do with eHearts, they’re looking at their medications, their blood pressure control, cholesterol control, and their smoking cessation.

All that type of data was already in your templates?

Exactly, yes. It could be even a drop-down field. It could be coming from an interface from their vital signs that they’re taking. For example, their blood pressure check on a daily basis, and their cholesterol also, would be from a result.

Did the physicians have to make changes in workflow? For example, were they necessarily testing cholesterol levels on a regular basis or did you they have to add those protocols?

No, luckily we actually already had it in place through our case management where they are following up with those patients before we even enrolled in eHearts or PQRI. The providers were already being informed of their patients, their high-risk patients, or any other case management that they were following. So luckily, this is a very popular scenario with the eHearts. We were already doing that for our patients.

How long was the reporting period?

It was for a year.

Did you do monitoring during the year to make sure everybody was capturing what they were supposed to be capturing?

We did, internally on our end. We pulled reports. NextGen didn’t have the capability to do that. I know that they’re working to do that, but they gave us a yearly report on the information.

We also can pull a breakdown, through NextGen, of exactly where our physicians stood that year, and where the patients that were missing the information were. We provided that to our physicians, but we also have our own internal reports that we pull.

What was involved in creating the reports?

That was all taken care of on NextGen’s end. They set up the utility. It was just in a sense, an afternoon of programming where they connected to our database. They informed of us the fields that they were going to be pulling, and at that point, we just did some basic data structure to make sure that the fields that we have are the same as what the reporting was of, and the fields’ names are the same so they’re not missing anything.

We went through that a few times back and forth until we made sure that we had everything 100%. I would say a couple of weeks to have everything set up and completed.

Where’s the practice in terms of meeting Meaningful Use objectives?

At this point, we are not enrolling with the Meaningful Use objectives until we go to the next version that’s offered by NextGen. That’s probably in 2011.

Any particular reason for that?

I’m sure there is. I just don’t know.

Anything else you can add to clarify what you are doing and how the physicians have embraced this? I guess they’re probably pleased as punch to get $100,000 not having to do any additional work.

But with that said, and seeing that there was a true payment that was given … because that was another piece, that we were in the thoughts of, “Oh, well they’re saying this is going to happen, but it’s probably not going to happen.” Once we said that, it did happen.

It’s great for the physicians to actually see that their follow-through with their patients is also giving them a benefit through NextGen, through using the electronic medical record, because it was a great investment — a very big investment on their end — for the group.