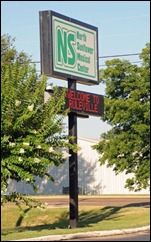 I inadvertently left GE Healthcare out of our recent HIT vendor executive discussion on helping doctors qualify for Meaningful Use. A special thank you to Vishal Wanchoo, president and CEO of GE Healthcare IT, for sending over an overview of what GE is doing to help physicians get their organizations ready.

American Medical News publishes a comprehensive overview of the current state of telemedicine, including details on how and where physicians are participating and why the industry will continue to grow. One reason telemedicine will likely expand: CMS is working to make it easier for providers to participate. For example, CMS will in January expand Medicaid coverage for remote services, including disease management for training patients with diabetes or kidney disease.

Speaking of telemedicine, American Telehealth Corporation launches myRealMD.com, an online medical consultation service that uses telehealth technology to connect to “real” doctors. The service, which offers plans starting at $10 per month, uses video chat, phone, or secure e-mail to connect patients and “real” doctors. Am I the only person who wonders if something is really “real” when the realness is overemphasized?

A small survey finds that only 16% of providers use an electronic process to send patient records for referrals. Most practices either use the telephone or provide patients with the details when referral to another provider. 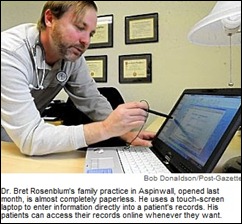 A local paper profiles family practice doctor Bret Rosenblum, who says his paperless setup gives him more time interact more with patients, saves him money and storage space, and affords him the time and portability to provide house calls if needed. He’s using an Allscripts system, for which he is paying $700 a month for the next five years, to handle both billing and EHR. He has no other staff. There’s a certain irony in the fact that a digital system has allowed this physician to practice medicine in such a throwback fashion. Maybe things will change as he builds up his practice (he just opened the doors last month), but it’s a great story for now.

Over the last 10 months, practices owned by hospitals and health systems have increased their EMR adoption by 11%. Adoption has grown fastest in midsize practices with six to 10 physicians; solo practices have seen the slowest growth. Research firm SK&A also finds that practices with more physicians, exam rooms, and patient volumes have the highest EMR adoption rates.

SuccessEHS introduces Mobile EHR for the iPhone, which allows physicians to view summary patient information, appointment data, and pending documentation. Providers can also use their iPhones to dictate directly into the SuccessEHS EHR. 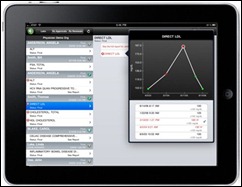 Speaking of the iPad, the MedPlus Care360 EHR now comes with a native app for the iPad.

A new AHRQ report finds that most practices experience problems that potentially compromise patient safety. The study looked at 470 medical practices, over half of which had some type of an EMR. Overall, a whopping 86% say they’ve used the wrong chart for a patient at least once or twice in the last year and 70% said medical information had been filed, scanned, or entered into the wrong patient’s chart at least once or twice.