From Frosty: “Re: OK REC. Have you seen this, before? It’s the new REC fundraising method: pay to play.” The Oklahoma Foundation for Medical Quality sends an e-mail to certified EHR vendors, giving them the opportunity to post a demo on the REC’s site for a mere $5,000 a year. OFMQHIT will use the site to walk customers through the vendor’s options and drive traffic to the company’s site. OFMQHIT adds that its model is “completely vendor neutral.” I also see on OFMQHIT’s website that organizations can “sponsor” a provider for $700, and earn recognition on the REC’s website. I’ll give them the benefit of the doubt and accept their neutral stance. On the other hand, I hope their technical expertise is superior to their marketing and financial strategies.

Practice Fusion commits to donating $1 to Doctors Without Borders for each new healthcare provider signing up for its free EMR. The promotion is part of company’s Care for the Holidays drive and runs through January 15, 2011.

ONC reports that more than 28,000 providers are now signed up with 62 regional extension centers across the country. Each center has a goal of at least 1,000 physicians in its first two years of operations, with a total target of 100,000 for all RECs.

Speaking of ONC, it now lists 137 certified ambulatory EHRs on its website. Mindless trivia for those wishing to impress co-workers at the holiday luncheon: 102 products are designated complete EHRs and 35 modular EHRs. CCHIT is the certifying body for 79 products, Drummond for 53 products, and InfoGard for five. 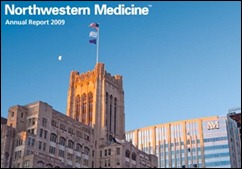 Researchers at Northwestern Medicine find that the use of a subtle yellow light on the side of doctors’ computers help boost preventive care of chronically ill patients. The light works with the practice’s existing EMR and lights up when a physician opens the chart of a patient with a chronic condition, such as diabetes and cardiovascular disease. The study’s lead author says the system is effective because, unlike some alert systems,  it doesn’t waste doctors’ time and is not intrusive. Northwestern also tied doctors’ interactions with the reminders to their performance reviews (likely contributing to the success of the reminder system). Some of the noted improvements after one year: a six percent increase in heart disease patients receiving cholesterol-lowering medication and a five percent gain in colon cancer screenings.

McKesson wins anti-trust approval to complete its $2.16 billion purchase of US Oncology.

Oregon, West Virginia, and New York are among a handful of states creating electronic databases that include patient directives for life-sustaining treatment. Oregon’s program is different than a typical  living will because the database includes actual medical orders signed by a physician.

With three days to go, I’m happy to report I have completed most of my Christmas shopping, done a bit of baking, and even sent a few holiday cards. If you are still rushing to complete such tasks, best of luck. And best wishes to all for a wonderful holiday!