Emdeon reports its Q1 results: revenue of $286 million, up 5.4%; net loss of $17.3 million versus profits of $7.3 million a year ago. The company attributes the loss primarily to costs associated with taking the company private when PE firm Blackstone Group purchased Emdeon last year in a $3 billion deal. 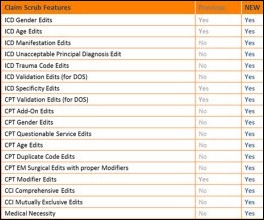 The MGMA-ACMPE asks HHS to consider a six-month extension on the June 30 deadline for submitting hardship exemption requests to avoid 2013 e-prescribing penalties. The organization says practices need more time to assess their success in reporting for the first several months of 2012, when many practices were facing claim rejection problems associated with the 5010 transition. MGMA-ACMPE also requests the creation of an appeals process to contest past and future CMS prescribing award, penalty, and exemption decisions.

3M Health Information Systems announces it will provide open access to its Data Dictionary under an agreement with the DoD and VA. The DoD/VA are integrating 3M’s technology into its joint EHR; the terms of 3M’s agreement requires the company make the Data Dictionary software and terminology content openly available to physician practices and other providers.

The Trizetto Group announces that its subsidiary Gateway EDI has acquired NHXS, a provider of contract compliance and point-of-service adjudication workflow automation. Gateway will incorporate NHXS’s capabilities into its EDI and RCM offerings.

The Tampa Business Journal profiles Vitera Healthcare, formerly Sage, which was purchased by Vista Equity Partners last year.  CEO Matthew Hawkins admits the company laid off a number of workers earlier this year (on the lower end range of 120 to 300) but plans to hire 50 to 100 new employees over the next six months, including individuals with technical and clinical experience. Hawkins also says Vitera will invest $25 million this year to develop a cloud-based version of its software, a native iPad app for Intergy, and a Web-based tool for physician-patient communications.

Pacific Cataract and Laser Institute (WA) says its use of NextGen’s NextPen solution has allowed the practice to streamline its new patient registration process. The NextPen solution, which is based on Anoto Digital Pen and Paper technology, uses a digital pen to capture patient data for upload into the NextGen Ambulatory EHR.

Farzad Mostashari announces that ONC will add a chief medical officer to “infuse a clinical perspective” on all ONC activities with clinical implications, including safety, usability, clinical decision support, MU policy developing, and quality. Jacob Reider MD, who currently serves as a senior policy advisor for the ONC, will serve as acting CMO until a permanent placement is made. 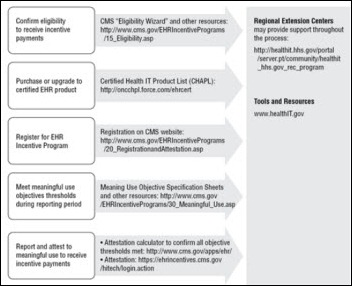 Mostashari, by the way, along with former CMS administrator Donald Berwick, MD and others, co-author a guide for physicians on the EHR incentive program. Berwick notes that even though more than 30,000 clinicians have qualified for incentives, many others are unaware of how to prove they are meaningful users of EHR.

Medical billing company Fi-Med Management announces it will add 145 employees over the next three years as it expands operations. Fi-Med says it has secured preliminary approval from the Wisconsin Economic Development Corp. for a $750,000 loan to finance a new Web-based application to manage physicians’ billing activity.