From FastCar: “Re: drchrono. After almost selecting Practice Fusion, we are now considering drchrono. Our doctors like that it runs on the iPad and the billing and EHR are integrated. To get all the functionality we need will cost $400 a month per doctor. Do you have any readers that might be able to share any insights on the company or product?” Readers? 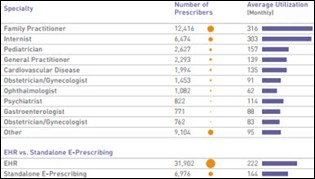 After a three-year decline, AMA membership grew about one percent in 2011 to approximately 217,000 members, including 8,577 first-year residents who were granted free memberships. The association also reported a 3.35% increase in profits to $24.8 million. 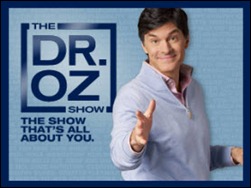 Dr. Oz and 75 medical students perform physicals on 1,000 Philadelphians in an hour and enter results into Practice Fusion’s EMR. Practice Fusion then compared the results with data from other large cities. In addition to raising health awareness, the Dr. Oz Show episode underscored the impact an EHR, combined with data analytics, can have on public health. More than two-third of the Philadelphians, by the way, were overweight and almost half had high blood pressure.

ONC announces the Ocular Imaging Challenge, a contest to encourage the development of applications that improve interoperability among office-based ophthalmic imaging devices, measurement devices, and EHRs. I recall from my vendor days that the lack of device integration was biggest EHR adoption barrier for ophthalmologists, so I applaud this initiative. The winning development team takes home a $100,000 award.

A healthcare attorney suggests that physicians ban the snapping of smart phone pictures by patients and declare their practices “picture-free” zones. He argues that a no-photos policy reduces the risk of violating other patients’ privacy. My opinion: ridiculous. While I appreciate the privacy concerns, I have spent a considerable amount of idle time in waiting rooms and exam rooms over the last couple months. Once I have checked e-mail, read an article or two, and caught up on my latest Scrabble game, my iPhone camera has allowed me stay amused while snapping pictures of paper charts, nurses’ shoes, and ancient desktop PCs. We’ve become a society addicted to snapping pics to document our every activity, especially if we have extra time on our hands. Maybe I’d have a different opinion if doctor office visits involved less waiting.