athenahealth will integrate Entrada’s voice services into its EHR and PM products.

Women’s preventive healthcare improves when providers use EHRs, according to a JAMIA-published study. Preventive care increases further the more sophisticated the EHRs. 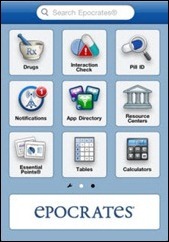 The editor of iMedicalapps argues that Epocrates is at risk of becoming irrelevant. The top reason: Epocrates still lacks an iPad app.

The New York Times looks at how the proliferation of gadgets, apps, and Web-based information is impacting the care that physicians provide. While younger doctors in particularly embrace new tools to diagnose and treat patients, older physicians worry that human connections are at risk of being lost. A teaching physician at the San Francisco VA Medical Center shares what he says to his medical students:

“I tell them that their first reflex should be to look at the patient, not the computer.” 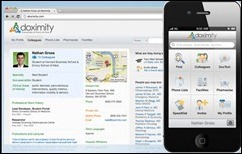 The two-year old physician networking site Doximity claims 100,000 verified members and use by over 15 percent of US physicians for secure doctor-to-doctor collaboration.