Emdeon reports a Q3 loss of $15.2 million, which represents a 341 percent decline over a year ago. Revenue was up 5.3 percent to $297 million. Emdeon attributes the loss to increased interest expenses and costs associated with the company’s acquisition by Blackstone a year ago.

The 2013 Medicare fee schedule includes a new program that pays physicians between $160 and $230 (assuming no SGR cuts) per care coordination incident associated with the transfer of patients to skill nursing facilities. Also new for 2013: physicians must participate in the physician quality reporting system (PQRS) to avoid Medicare payment reductions of 1.5 percent in 2015. 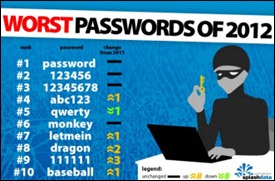 SplashData publishes a list of Worst Passwords for 2012 based on stolen passwords posted online by hackers. Happy to say none of my passwords made the list, but if any of yours did, you might want to consider some of these anti-hacker password tricks.

Aprima announces that it has settled the lawsuit brought against it by Allscripts, which had claimed that the wording of Aprima’s advertised “MyWay Rescue Upgrade Program” violated state and federal laws. Aprima agreed to changed its advertising, but will continue to market its product to users of the Allscripts MyWay EHR. Allscripts previously announced that MyWay will not be upgraded to handle ICD-10 or Meaningful Use Stage 2, but customers will be offered a free conversion to its Professional product. 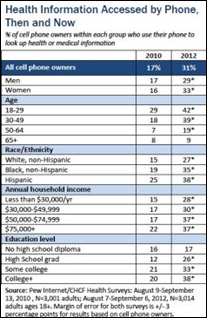 One in three cell phone owners use their phone to look up health information. Among adult smartphone users, almost 20 percent use their device to monitor or manage their health. 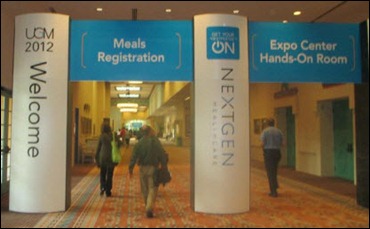 NextGen kicks off its 2012 User Group Meeting this week in Orlando with over 240 individual educational and networking sessions. We have a new Twitter feed box for sponsors on your right that’s running tweets from the conference. If you’re there and have any insights or photos to share, please send them my way.