CMS proposes changes to payment policies, including a provision to begin paying providers in 2015 for non-face-to-face care of Medicare patients with multiple chronic conditions. To be eligible, providers will be required to use a certified EHR. Other proposed changes include the addition of new quality reporting measures for 2014; an expansion of telehealth services to include sites designated as health professional shortage areas in rural or urban areas; and, the addition of transitional care management services as an eligible Medicare telehealth service. 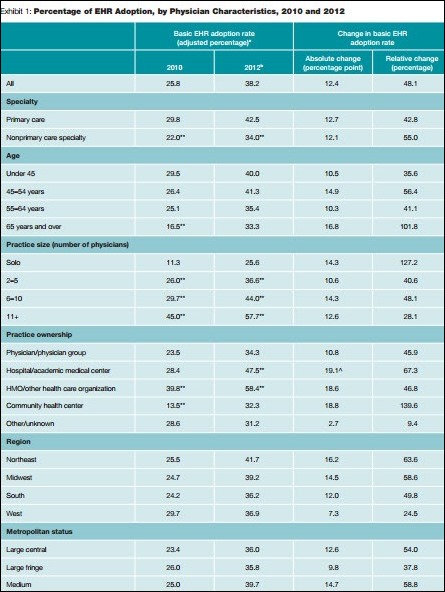 ONC National Coordinator Farzad Mostashari, MD discussed the findings at a press conference and predicted that full EHR adoption will be slow until 2014 – just before penalties for not hitting MU standards start in 2015.

The 340-provider UT Medical Group (TN) signs a three-year contract with MediRevv for its Day One Self Pay A/R Management services.