Good news on e-prescribing: most physicians express satisfaction with the e-prescribing workflow for controlled substances, according to an AHRQ report. The majority of users claim the process was significantly less burdensome than expected and improved workflow, accuracy of prescriptions, medication monitoring, and coordination with pharmacists. 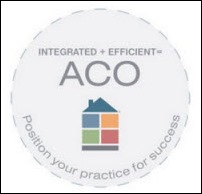 The AAFP offers online ACO resources to help physicians weigh the pros and cons of joining an ACO.

I found the results of this Xerox survey quite relevant to a recent experience I had at my doctor’s office. Xerox reveals that more than two-thirds of American adults don’t believe their physicians have provided adequate explanations about the switch to EMRs; most are also concerned with the security of their records and less than a third want their records to be digital. While at my doctor’s last week, I noticed a small sign that said all lab results would only be available through the practice’s portal as of October 1 (although I have to believe that if something was amiss a doctor or nurse would still call me.) What was interesting is that no one – not the doctor, lab tech, nor staff – mentioned that results would only be available online nor explained how to access the results. I guess that puts me in the two-thirds of patients who believe my doctor has not provided an adequate explanation of online records. MU Stage 2 requires that a mere five percent of patients access their records online, leading me to wonder if the real reason for physicians’ poor communication might be that the MU bar has been set too low, at least on this metric.

Medicare awards Arch Systems a $9.9 million contract to validate the accuracy of data submitted to the eRx and PQRS programs, particularly quality data submitted through registries and the group practice reporting option. CMS says the intent is to uncover “data-integrity issues and misunderstandings regarding data submissions, and suspicious attempts of ‘gaming’ the system to earn the PQRS and/or eRx incentive payment.”

Apparently EMR use can be stressful. A study published in the Journal of the American Medical Informatics Association finds that primary care physicians working at clinics that use moderate-function EMRs had a higher rate of burnout and were more stressed that those at facilities with low-function EMRs. 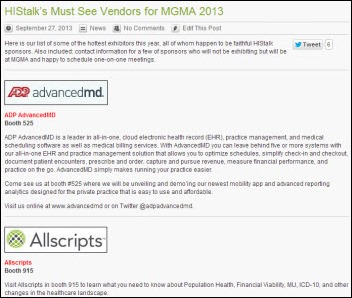 We published our annual Must See Vendors for MGMA summary over the weekend, which includes summary information on 35 vendors (all HIStalk sponsors). For the trinket seekers, some of the best exhibitor give-aways, include: 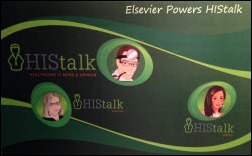 You’ll be able to identify our exhibiting sponsors by their posted signs, so please take a moment and thank these vendors for supporting HIStalk.