From Colonel Henry: “Re: MGMA. I wanted to pass on word that I enjoyed reading your impressions of the recent national MGMA show.  My company was prepared to bring our entire expo team to San Diego but decided against it when we saw the shortened exhibit hours. There are just so many shows to go to (we got to many state MGMA shows this year) and you have to weigh the overall value at all times. The shortened hours at the national show were the main reason for us not going. Thanks again for the always lively commentary.” Thanks for the kind words. It will be interesting to see whether MGMA opts for longer exhibit hours next year. 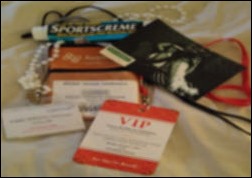 From Elise St. John: “Re: Souvenirs. I made it home from MGMA and thought I’d snap a quick pic of my collected treasures. The sports cream was for my aching feet.” I didn’t buy any sports cream (though that doesn’t sound like a bad idea) but I did pay $5 for  packet of eight band-aids to soothe my blisters. Maybe I’ll expense them to Mr. H. 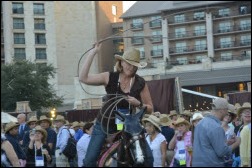 A local paper profiles the EMR implementations at three Kearney, NE clinics and apparently finds few providers who are happy with the new technology. A 26-doctor practice reports that staff resignations are at an all time high since starting its $1.5 million implementation, and at least one physician claims the system has added 150 minutes to his day. Another practice says the transition from paper to electronic records has required the temporary hiring of 12 workers and physicians don’t expect to recoup the cost of the investment. The manager of one clinic, however, says all his physicians are on board and they’d “never go back.”

ADP AdvancedMD says that over 1,000 users have downloaded its iPhone app since it debuted two months ago.

A RAND study finds that the primary driver of job satisfaction for physicians is being able to provide high-quality healthcare. EHR use impacts doctor job satisfaction because of worries that EHRs interfere with face-to-face patient interaction and increase clerical work by doctors. Physicians also have concerns that medical record accuracy may be negatively impacted when templates are used.

ZirMed says that so far in 2013  it has added over 900 clients, recorded 30 percent growth, and processed more than 2.2 billion transactions. 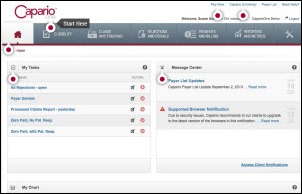 More than 80 percent of medical practices participating in an MGMA survey express concern that the ACA insurance exchanges will increase patient collection burdens and offer low reimbursement rates. Still, the majority of medical practices see the  potential for exchanges to provide care to underserved patient populations. Forty percent of practices are still deciding whether or not to participate with new exchange insurance products. 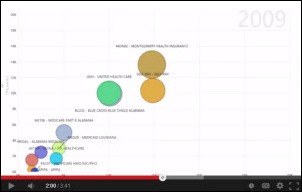 Athenahealth earns the #3 spot on the list of 2013 Best Places to Work in Maine in the large employer category.

Practice Fusion guarantees it will be 2014 MU-ready by the end of 2013 and will pay up to $5,000 in EHR costs for any new customer who switches to a different EHR if Practice Fusion’s certification timing is not met.

Emdeon will pay its former CEO George Lazenby $2.4 million over the next two years, following his September 30th resignation. Breaking up may be hard to do, but I bet a couple of million bucks softens the blow.

The children of parents who use a PHR are 2.5 times more likely to be compliant with well-child visits, according to a Kaiser Permanente study. The same children were also more likely to receive all their immunizations. 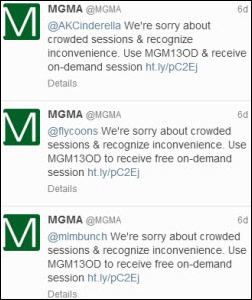 During the MGMA conference last week, several sessions were filled to capacity, leading a number of attendees to voice their displeasure. MGMA did the right thing and responded with a discount code for one free on-demand session.