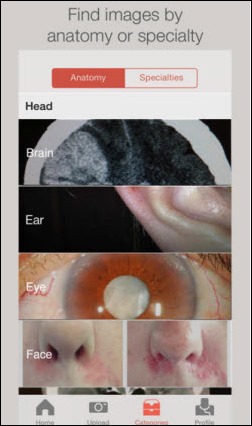 From K. Systrom: “Figure 1. This is cool app your readers might be interested in.” Figure 1 is a free Instagram-like app for licensed and verified healthcare professionals. The app facilitates the sharing of de-identified  photos of medical conditions while at the same time creates a crowdsourced image library. Looks quite cool and you have to love the price.

CMS proposes a rule that would ban abusive prescribers from government programs, as well as ban providers whose licenses have been suspended or revoked due to drug-related sanctions.

A report from the HHS Office of the Inspector General criticizes the government for inadequately addressing potential fraud and abuse issues as EHR adoption becomes more widespread. Warning that “certain EHR technology features may be used to mask true authorship of the medical record and distort information to inflate health care claims,” the OIG contends that CMS and its contractors have not changed their program integrity practices and recommends that CMS provide its contractors with guidance on detecting fraud associated with EHRs.

I was amused by this New York Times article about doctors that Google their patients. I guess I had never thought about my doctors caring too much about me beyond my blood pressure, pulse, and current meds. On the other hand, I Google people the time, leading me to wonder whether I (like doctors) should spend more time simply asking others the details I want to know.

The AMA, by the way, offers free educational resources to help physicians prepare for the ICD-10 transition.