CMS publishes a final rule that will increase Medicare payments to FQHCs by as much as $1.3 billion over the next five years in compliance with the Affordable Care Act. Beginning October 1, FQHCs will transition from the current fee-for-service model to a daily single rate of about $155 per Medicare beneficiary, which may increase a clinic’s payments from Medicare by a third. 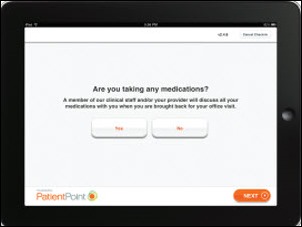 Physicians reviewing EHRs carefully read the impression and plan section, but only quickly scan details on medications, vitals, and lab results, according to a study published in Applied Clinical Informatics. Researchers recommend optimizing the design of electronic notes to include “rethinking the amount and format of imported patient data as this data appears to largely be ignored.” 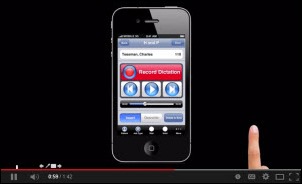 DrFirst will add electronic prior authorization functionality from CoverMyMeds into its Rcopia e-prescribing, RcopiaMU for Meaningful Use, and Patient Advisor medication adherence platforms.

E-MDs recognizes its customer Jennifer Brull, MD for being named a 2013 Million Hearts Hypertension Control Champion. Brull says that the documentation and reporting capabilities in e-MDs EHR and PM “played an important role” in her practice’s success at achieving blood pressure control rates greater than 70 percent.

Medication adherence could be improved if physicians gave more consideration to medication costs and increased follow-up care for their patients with chronic conditions. That’s the conclusion from Canadian researchers who found that almost one-third of patients fail to fill first-time prescriptions. Medication adherence was found to be more likely if the prescription was for an antibiotic, if the patient was older, and if a greater proportion of all physician visits were with the prescribing physician.

Three boxes of medical billing records from the former Western Berks Internal Medicine (PA) practice are returned two years after they were mistakenly left in a former office and then stored at the home of a maintenance service vendor. Particularly troubling is that during that time no one at the practice ever noticed the records were missing. The 1,800 patient records included clinical information, social security numbers, and other demographic details.

Kaiser Health News highlights the rise of more aggressive billing strategies among practices that are struggling to improve collections. Practices that might have once waited 180 days to refer a patient to collections are now taking action sooner, while more practices are requesting patients pay for any out-of-pocket costs in advance of procedures.

While many physicians may be breathing a sigh of relief over the ICD-10 delay, not all providers are happy about the pushback. Physicians such as New York’s David Weiner, MD, have already invested time and money for several ICD-10 training sessions. Likewise Christine Doucet, MD notes that the delay will force her to eventually participate in a refresher course. 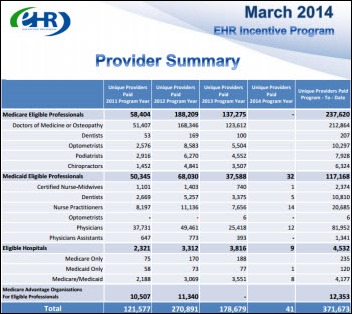 Through March 31, CMS has paid $22.9 billion in MU incentive payments, including $8.6 billion to EPs. For the 2014 program year only 32 EPs had received MU payments, which could suggest a slow-down in participation.