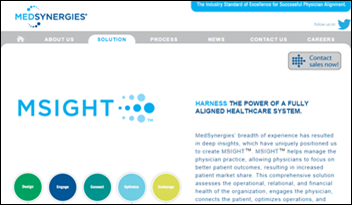 UnitedHealth Group’s Optum division acquires MedSynergies, which offers physician practice billing and quality services. I had the opportunity to check in with MedSynergies CEO J.R. Thomas to get his take on the acquisition: “With this relationship, MedSynergies has the ability to take our existing MSIGHT solutions platform and expand it to focus on some of our goals to create solutions in the clinical and hospital space. Optum’s commitment to the global healthcare industry and improving operations at all levels of the health system is perfect alignment for MedSynergies and our mission to improve the way healthcare is delivered in the communities we serve.” Thomas has been with the company since it was founded in 1996 by a group of Texas ophthalmologists. I am fascinated by the fact that he holds a bachelor’s degree in zoology from the University of Arkansas.

CMS’s Open Payments website goes live, publishing transactional data on $3.5 billion worth of payments made by pharmaceutical and medical device companies to doctors and hospitals over the last five months of 2013. The launch comes with its detractors, such as the doctors groups and manufacturers that spent heavily to keep payment details from public view. The Physician Payments Sunshine Act is mentioned in almost 2,000 lobbying reports since Republican Senator Chuck Grassley of Iowa introduced the legislation in 2007. I attempted to play around with some of the data sets, but eventually backed out of the rabbit hole for fear of crashing my trusty Dell. I’m hoping Dr. Jayne or our good friend Data Nerd will chime in on their experiences with the new site.

It seems MGMA has unleashed its media lists for the upcoming annual conference, since my inbox has been filling up over the last several days with interview requests and general exhibitor announcements. I’m looking forward to walking the show floor, and would especially like to do so in the company of a physician (anonymous or otherwise). Please drop me a note if you fit that category and could spare 30 minutes or so to escort me around the exhibit hall. I’d love to hear first-hand the likes, dislikes, and excitement that might arise as we peruse vendor offerings. 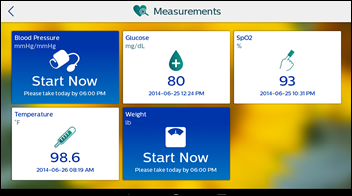 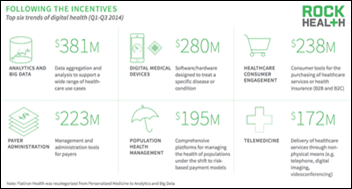 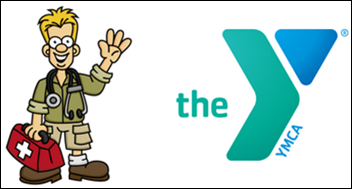 YMCA selects CampDoc.com’s EHR for its specialty camps across the U.S. YMCA members will have access to the EHR at an introductory, discounted rate for the first season of service. 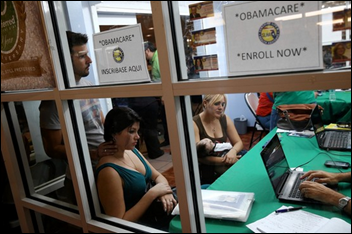 CMS announces it will not transfer Healthcare.gov to a new hosting service for the upcoming open-enrollment period. The website will remain on Verizon servers, rather than move to Hewlett-Packard servers, due to a lack of time for adequate testing with HP.  The agency plans to transfer 75 percent of new users to a portion of the site hosted by Amazon Web Services. 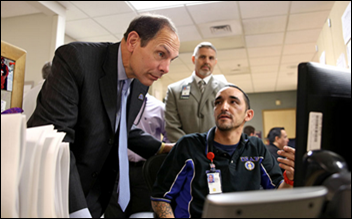 The VA announces it plans to field a new, commercial patient scheduling system by 2017, not 2020 as originally stated in contract documents released last month. VA CIO Stephen Warren reiterated in a blog post that, “We’re glad our draft release gave us a chance to catch this portrayal of our deployment plan so that we can correct it before the plan is released. VA’s goal remains to select a vendor who can meet our aggressive deployment timeline of 2 years after contract award, in six month increments or less.”

CMS reports that it received 44,000 hardship exception applications from providers prior to the July 1 deadline. It plans on notifying providers individually if they have been granted a hardship exemption, but did not say how many exemptions would be granted.

CMS also reports that the Physician Quality Reporting System enrollment window for the Group Practice Enrollment Option will remain open until October 3 due to a software glitch that prevented some provider groups from enrolling by the September 30 deadline. 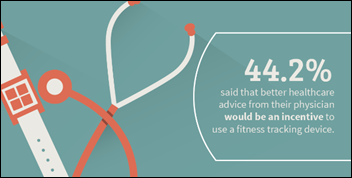 A new study finds that nearly 75 percent of consumers do not use a fitness tracker or smartphone app to track their health, weight, and exercise. Forty-eight percent of those respondents said they would adopt one if provided by their physician. The findings tell me two things: First, the market is huge for wearables right now, and new, shiny gadgets like Apple Watch stand a good chance of making a big dent. Its price point won’t be as high as $349 forever, and will likely spawn more competitively priced products, not to mention a robust replacement market as second and third generations are unveiled. Second, vendors will be key to easing physicians down a path of easy, patient-reported data acceptance. Reimbursement will be another story. 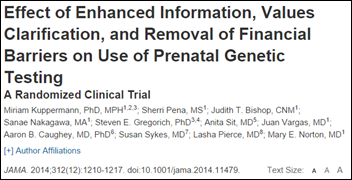 A study finds that pregnant women shown an interactive computer program educating them about prenatal testing were more likely to skip noninvasive screening blood tests and ultrasounds. They were also more likely to skip invasive testing such as amniocentesis. 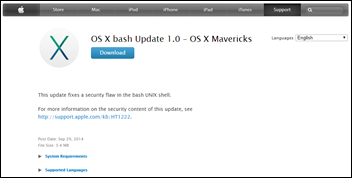 Apple releases an update for recent versions of its OS X operating system to patch the Shellshock bug. If you’re interested in a concise explanation of Shellshock’s impact on healthcare organizations, do yourself a favor and read “Will You be Shocked by Shellshock?” the latest HIStalk Readers Write contribution from John Gomez. 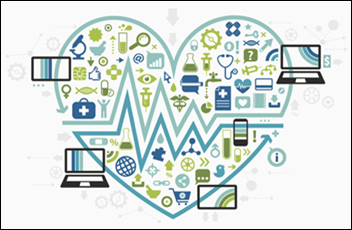 InVision CEO Clark Valberg highlights the tipping point Healthcare.gov’s dismal roll out ushered in for user experience, and issues a call to arms to product designers everywhere: “The HealthCare.gov debacle was, effectively, the consumer nation’s declaration of independence from instruction manuals, call-center help lines, and design frustration. To hell with them. This is where we step in as designers – whether we are designing networks, products, or landing pages. The people are demanding better. We have the chance, now more than ever, to start making deep and disruptive change in places where no one knew change could take place.” 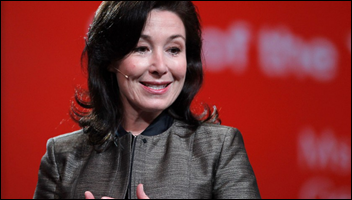 Oracle’s new co-CEO Safra Catz makes no bones about the company’s plans to start acquiring applications companies in an effort to compete in an increasingly cloud-driven world. “We’re No. 1 in database, we’re No. 1 in middleware, but we’re No. 2 in applications,” Catz explained. “At Oracle, silver medal is first loser.” Catz was recently named to Fortune’s 2014 list of the Most Powerful Women in Business.

Amazing Charts apologizes for long customer support wait times, blaming a Meaningful Use services rush. Users unhappy after the company’s 2012 acquisition by Pri-Med are venting their frustration on the company’s discussion boards, with one summarizing, “AC has created these logjams by being unable to prioritize what is important, continuing to partner with NewCrop, releasing buggy new versions, and offering unlimited support for a flat price which may create abuse.” Users are also upset that the company is charging them to watch Meaningful Use webinars.