CVS Health partners with top telemedicine competitors American Well, Doctor on Demand, and Teladoc on several pilot projects, including offering virtual consults via its digital platforms and enabling its MinuteClinic providers to consult with telemedicine physicians. The company’s announcement comes on the heels of research that determined 95 percent of its telemedicine patients were highly satisfied with the quality of care received. The company began offering telemedicine services in late 2013 at its clinics in Texas and California.

September 9 (Wednesday) 2:00 ET. “Need to cleanse, unify and manage the provider data in your EMR master file and other IT systems?” Phynd’s Unified Provider Management platform allows healthcare organizations to maintain a single, verified, customized profile for each provider across legacy IT systems. This 30-minute presentation will explain how Phynd’s system can help synchronize internal provider information in real time; create provider interoperability among systems; and manage, update, and analyze provider information with workflow tools to improve revenue cycle and clinical communication.

Previous webinars are on the YouTube channel. Contact Lorre for webinar services including discounts for signing up by Labor Day.

Vince Ciotti and Frank Poggio presented an engaging and refreshing opinionated HIStalk webinar yesterday on the DoD HER bid and how it affect Cerner, Epic, and everybody else. They also spent a good bit of time offering advice to Siemens clients looking to break out into new vendor territory. Their slides alone are worth a look. HIStalk readers can also take advantage of the recorded presentation above. 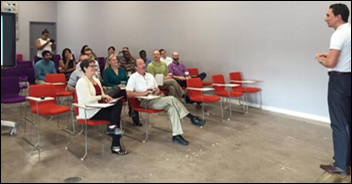 Health WildCatters welcomes the third class of startups to its Dallas-based accelerator program, pointing out that female entrepreneurs lead half of the fledgling companies. Participants receive $30,000 in seed money with the potential for up to $250,000 in further funding. Plano, TX-based participant Insight Optics seems to be the only company specifically targeting physician practices, with mobile-imaging IT that enables PCPs to record fundus exams and forward results to ophthalmologists for review.

Ghana’s Kuapa Kokoo Farmers’ Union brings telemedicine to 100,000 cocoa farmers as part of a pilot project that will be conducted in three regions of the west African nation. The union will conduct the pilot alongside a mobile clinic program launched earlier this year.

Worksite health clinic chain Premise Health sees success with partners Greenway Health and EHealth Exchange in establishing bi-directional data exchange between its Portland-based Intel Corp. clinics and area providers who utilize Greenway and Epic systems, including Providence Health & Services, Kaiser Permanente Northwest, and The Portland Clinics. Over 26,000 data sets of patient information have been exchanged via CCDA thus far, prompting the roll out of a similar program in Arizona.

CMS releases 2014 quality and financial performance results for Pioneer ACOs and MSSP participants. Both groups showed improvements in 27 out of 33 quality measures, yet delivered fewer savings in 2014 than in 2013, declining from $417 million to $411 million. AMGA President and CEO Donald Fisher was quick to point out there’s definitely room for improvement: “We appreciate the tremendous efforts our medical group members have made to improve the care for their Medicare patients through the Shared Savings Program and the Pioneer ACO Program. Some of them have been able to share in savings while improving patient care, while others, despite their significant investments in improved care processes and quality initiatives, have not realized any shared savings. These results point to the need for continued refinements to the ACO program framework, and AMGA is committed to working with CMS and Congress to pave the way for medical groups to succeed as ACOs.”

Researchers find low utilization of 20 glucose-tracking smartphone apps by Spanish-speaking diabetics, a statistic made all the dire when the number of Spanish apps is considered – just 35 percent of those in the Apple and Google app stores are available in that language. In addition to an overall greater need for health literacy and education in Spanish, researchers conclude that developers increase glucometer connections to the apps and improve reminder alerts. 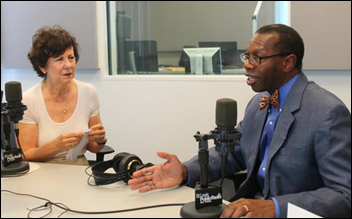 St. Louis Public Radio highlights the stumbling blocks faced by President Obama’s Precision Medicine Initiative, including inadequate funding for enrollment and the unknown role Medicaid and Medicare will play in reimbursing participants for genetic sequencing once precision medicine is here to stay. The biggest hindrance may come from EHRs, according to Washington University’s Professor Sarah Gehlert, who notes that low-income patients may not have an existing or cohesive enough EHR to contribute to the cause. “This million-person group needs to be representative,” she explains, “and it needs to include people who are experiencing disparities.” 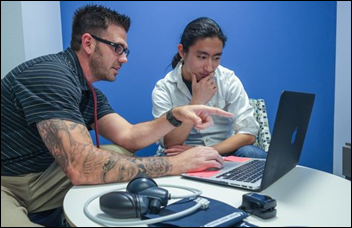 USA Today shines its healthcare spotlight on Las Vegas-based Turntable Health, a practice that “doesn’t feel like a funeral home, like most doctor’s offices,” according to one patient. The primary care clinic has received its fair share of press thanks in large part to the viral marketing of its founder, Zubin Damania, MD (aka ZDoggMD), and its role in the city’s Downtown Project, a $350 million initiative created by Zappos CEO Tony Hsieh that is working (some would say sluggishly) to create an arts and tech hub on the Strip. (I didn’t realize the Millenial-friendly practice is managed by primary care chain Iora Health. You can check out my interview with CEO Rushika Fernandopulle, MD here.)