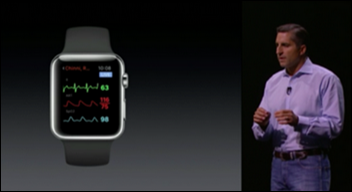 Apple unveils the iPhone 6s and 6s Plus, iPad Pro (it’s biggest tablet to date), updates to the Apple Watch, and new accessories like the Pencil. (I’m surprised they didn’t call it the iPencil.) The biggest healthcare technology tie-in came at the beginning of the event, when AirStrip Technologies co-founder Cameron Powell, MD demonstrated the company’s app for the Apple Watch, which enables physicians to monitor the health of pregnant women and their babies.

The lazy days of summer are behind us, which means the healthcare IT news will be flying fast and furiously between now and the holidays. Take advantage of special rates on HIStalk Practice sponsorships (HIStalk sponsors get an extra discount) to make sure your message stands out. Contact Lorre for details.

Pandora celebrates its 10th anniversary with an ad-free day of listening, which is always music to my ears. The realization that I’ve been listening to the streaming-music website for that long makes me stop and think about the last time I bought an actual CD. I honestly can’t remember, though I’ll never forget the day I bought my first – Duran Duran’s The Wedding Album. Current favorite Pandora stations include Rend Collective, Laid Back Beach Music, and Early Jazz. Am I missing anything by not jumping over to Spotify or Apple? Share your two cents and favorite music sources in the comments below.

September 22 (Thursday) 12:00 ET. "Just Step on the Scale: Measure Ongoing EHR Success and Focus Improvements Using Simple but Predictive Adoption Metrics." Gene Thomas, CIO of Memorial Hospital of Gulfport, will share how his organization used an EHR adoption assessment to quickly target priorities in gaining value from its large Cerner implementation. Thomas and Heather Haugen, CEO of the Breakaway Group, will also share real-life results that prove the need for a disciplined approach to setting and measuring key success factors. Commit to taking that scary first step and step onto the scale, knowing that it will get measurably better every day.

This article points out the strong “bite” telemedicine is taking out of primary care thanks to a shortage of PCPs and an expanding pool of vendors. The bite may turn into a mouthful once Anthem, UnitedHealth, and retail clinics like Walgreens expand their telemedicine programs in the coming months.

And speaking of the growing telemedicine market … Greenville, SC-based Arcpoint Labs launches Arcpoint MD, a telemedicine subscription service geared to employers and individuals. The company, which seems to be best known as a franchisor of medical screening businesses, offers consumers unlimited usage for $18 a month, well below the typical $40-$50 charged per consultation by bigger name telemedicine vendors. 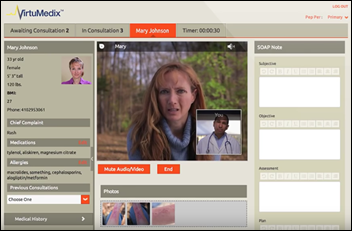 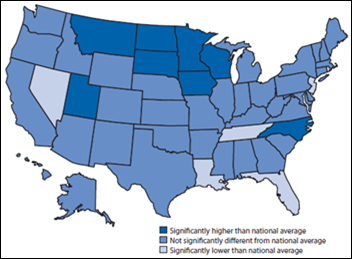 CDC releases a 2014 snapshot of EHR utilization by office-based physicians, finding that half of those surveyed had installed at least a basic system. Iowa, Minnesota, Montana, North Carolina, North and South Dakota, Utah, and Wisconsin had higher utilization rates than the national average, while New Jersey and Tennessee had the lowest. It would be interesting to correlate these findings with the presence and assistance of the 62 government-funded RECs in each state.

ONC’s Health IT Policy Committee focuses its last meeting of the year on draft recommendations for interoperability goals, and the EHR-switching habits of EPs and hospitals. You can’t argue with the data: The rate at which physicians changed all their vendors quadrupled from 2 percent in 2013 to 8 percent in 2014, proving the rip-and-replace market is alive and well. 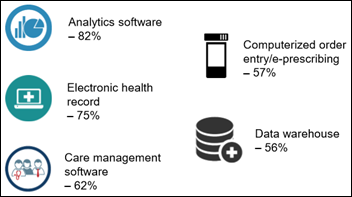 An EHealth Initiative study finds that the inability of ACOs to access data outside of their own networks is their biggest challenge, followed by a lack of data integration and issues around change management. Nearly half of the 69 ACOs surveyed reported difficulty in engaging patients despite having the bells and whistles associated with EHRs and care-management software. One-fifth of the respondents reported having telemedicine programs in place – a percentage that will likely rise as providers attempt to keep patients out of retail clinics and off of consumer-friendly telemedicine apps. 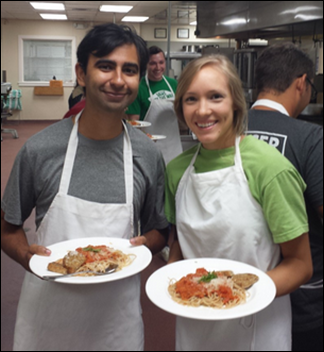 Savannah, GA-based Mercer Medical College debuts its Culinary Medicine program this fall in an effort to help future physicians better understand and communicate the benefits of healthy eating to patients. The program combines cooking classes, research, and community engagement, including providing free health screenings at local farmers markets. “In medical school, there’s the concept of ‘see one, do one, teach one,’” says second-year medical student Kevin Jiles. “They’re talking about procedures, but we’re using it to take what we learn in the kitchen and bring it to others.”

“[A]s medical advances reward us with ever more sophisticated drugs and interventions, there is little to suggest that patients are any more engaged about what it means for them. Evidence abounds as to how little our patients understand of what we tell them. Many don’t know what it means to take pills on an empty stomach or have a fasting cholesterol test. Health illiteracy is associated with poor surveillance, delayed diagnosis, problematic compliance and worse outcomes. Health-illiterate patients ask fewer questions, visit doctors less, and rely more on anecdotes and myths. These patients are poor at self-care and they make for poor carers. Culturally and linguistically diverse groups fare worse in every way.

“Health education must start in school. We need to teach children the importance of understanding how the body works. When a woman is health literate the whole family benefits. But simply producing more material won’t do if it’s not well thought out or presented in a way that fails to engage diverse groups.”