Yeah, OK, I realize I’m not likely to make many new friends among my colleagues with a title that expresses love for ICD-10, but “I calls ‘em as I sees ‘em.” And from my personal little corner of the healthcare world, I see nothing yet that tells me anything nasty about ICD-10. In fact, just the opposite. 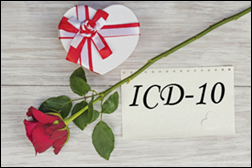 Before we get too far along, let me point out the obvious: I make this claim of enamorment before any insurance companies have had a chance to make me feel differently. No payment withholds, no denials, no delays – that is all part of the concern going forward for sure, but we’ll just have to see if all that reimbursement doom and gloom (as has been prophesized by some) will come to pass.

For now, I’m just talking about the usefulness of ICD-10 compared with ICD-9. From that perspective, I think there’s a lot to appreciate.

Since I’m already charting that a patient has an issue, and I’m charting what it is, where it is, how it’s doing, what complications have occurred, etc., wouldn’t that data be worth capturing in ways that folks who tally such info can use? If bean counters and population health folks need data, then the better that data can be, the better they can do their assorted analyses, right? Unfortunately, data can’t be easily captured using normal human language – not yet, at least. So we need something that takes all that diagnostic acumen and insight we work so hard to develop and which then translates it, as accurately and as precisely as possible, into tally-able data.

To me, it always seemed that trying to codify diagnoses using the limited ICD-9 set of codes was like trying to discuss cellular morphology using the vocabulary of a toddler. You can sort of do it, getting some of the basic concepts described, but there’s a whole lot that just gets left out due to drill-down specificity that a toddler’s language set just doesn’t cover.

ICD-10, on the other hand, seems more like a developed vocabulary, something more on the order of a teenager. (Well … maybe that of an adolescent, because as many more codes and as much more specificity as it has, I can still see many more potential codes and/or code variations that could be developed.) You can definitely provide a much fuller description of your intended diagnoses with this richer language, with this more robust set of codes.

I know, lots of folks are already complaining about the huge increase in the number of codes from ICD-9 to ICD-10. And it’s true that it won’t be nearly so easy to remember the codes as it was before. But that is of small concern compared with the richer value of data that can now be coded. And, with even more codes – because you know they’re coming – that data will become even richer. And for me, I see that as valuable in the long term, make-a-difference, big picture of healthcare, population management, etc.

Maybe it’s because I’m spoiled since my EHR has done a pretty good job developing well-designed coding software. Type in the natural language version of your diagnoses and up pop the most likely code or codes, and any related possibilities. Plus, I get the full version of each code’s written diagnosis/description. I’m not sure what everyone else’s ICD-10 implementation does, but ours is pretty easy.

Of course, we’re just at the beginning. As I said earlier, no reimbursement deficits or take-backs have had a chance to provide me any pessimistically-oriented cynicism. For the moment, I think the value gained, the specificity added, is a good thing. 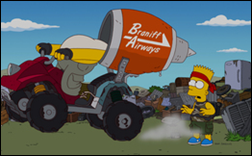 Dr. Gregg Alexander, a grunt in the trenches pediatrician at Madison Pediatrics, is Chief Medical Officer for Health Nuts Media, an HIT and marketing consultant, and sits on the board of directors of the Ohio Health Information Partnership.