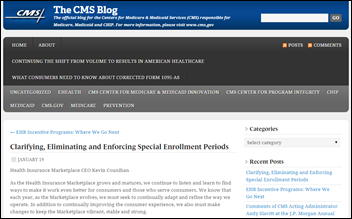 Under pressure from payers, CMS makes it harder for consumers to sign up for coverage at Healthcare.gov between enrollment periods. Nearly 1 million consumers signed up after open enrollment ended last year, resulting in some dropping coverage after receiving pricey medical procedures. The administration hopes that by eliminating certain special enrollment periods, better clarifying eligibility standards, and enforcing abuse prevention, it will appease payers and motivate the uninsured to enroll by the January 31 deadline.

None scheduled soon. Contact Lorre for webinar services. Past webinars are on our HIStalk webinars YouTube channel.

PatientlySpeaking adds multilingual reminders including voice and text to its patient communications platform.

DirectTrust reports a record number of over 44 million Direct transactions between Direct addresses in 2015, with over 13 million messages delivered in the fourth quarter. The nonprofit anticipates the number of transactions will hit 230 million by the end of this year. Over 52,000 organizations used DirectTrust services last year, a nearly 50-percent increase over 2014.

The National Association of Realtors offers MDlive telemedicine services to members of its insurance marketplace. 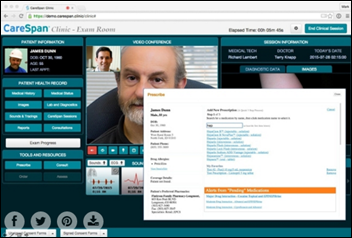 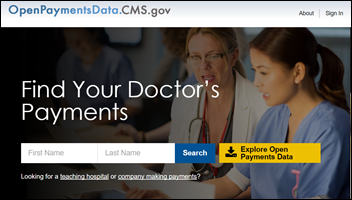 CMS tweaks the Open Payments website, updating its June 30, 2015 dataset and adding the ability to search for physicians by name, a “snapshot” of data, and additional sections from which to download data.

New research shows that online patient communities have gained in popularity over the last several years, and have a vital role to play in sharing information between patients, caregivers, and physicians. While the quality of information shared in the forums was considered to be of “low” quality, patient interaction was deemed beneficial in terms of emotional support. 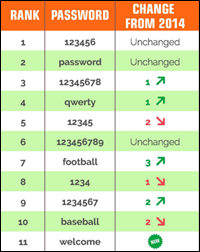 You guessed it: “123456” and “password” remain the most popular passwords according to SplashData’s annual list. Hackers take note: “star wars,” “batman,” and “696969” gained enough popularity to make the list for the first time.