CMS establishes the Rural Health Council to oversee the agency’s work on improving access to care in rural areas, supporting the economics of providing that care, and making sure the “innovation healthcare agenda” is a good fit for rural communities. Acting CMS Administrator Andy Slavitt gave quite a bit of airtime to the role telemedicine will play in the council’s work, including the forthcoming Frontier Community Health Integration Project and the just-published final rule on Medicaid home health requirements that, for the first time, allows for a face-to-face encounter to occur using telemedicine.

Mediware Information Systems develops MediLinks 2016, a Web-based tool for rehabilitation therapy physicians. The accompanying press release is vague on details; though it does allude to the tool’s appointment-scheduling and care-planning capabilities. 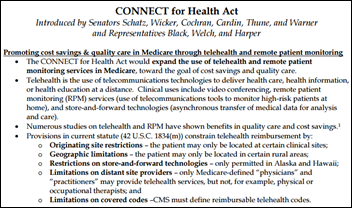 AMA announces its support for the bipartisan Creating Opportunities Now for Necessary and Effective Care Technologies (CONNECT) for Health Act. Introduced today, the bill looks to expand the use of telemedicine and remote patient monitoring services in Medicare. “This legislation has the potential to remove barriers to new healthcare delivery models that promote coordinated and patient-centered care, says AMA President Steven Stack, MD. “Importantly, the bill aims to maintain high standards whether a patient is seeing a physician in an office or via telemedicine.” 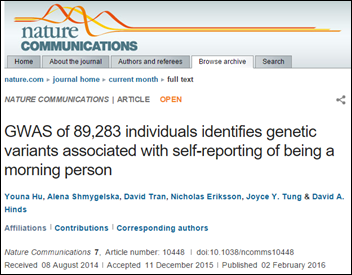 I knew waking up at 5:30 this morning would work in my favor: Researchers from 23andMe and San Jose State University find that specific genes are associated with being a “morning person” – someone who is irritatingly perky before the day has really begun – and a “night owl” – those who prefer to unleash their productivity during the overnight hours. Researchers also found that morning people are less likely to be depressed or obese. I’m going to have to be a little bit of both once the biggest health IT conference of the year rolls around … as a friend likes to tell me, “Sleep is for the weak, especially during HIMSS.” 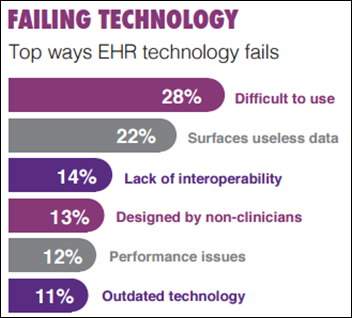 Over 700 physicians share their healthcare technology gripes via the #LetDoctorsBeDoctors Twitter campaign. The tweets break down into three main areas of frustration: 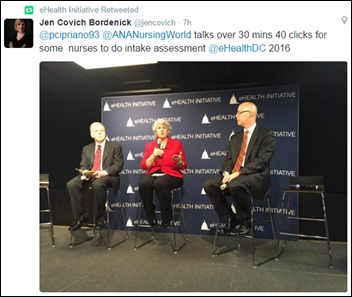 The tweets were flying during today’s EHealth Initiative event in Washington, DC. I’m pretty sure that’s anti-clickster and AMA President Steven Stack, MD on the right.