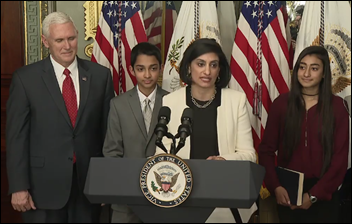 Seema Verma is sworn in as CMS administrator after a full Senate vote Monday night confirmed her along party lines. Her appointment comes at a fairly tumultuous time for healthcare. She takes over a $1 trillion agency tasked with overseeing health plans for 130 million people – the majority of which are in a state of semi-panic thanks to the Trump Administration’s decision to repeal and replace. Her boss, HHS Secretary Tom Price, MD will address the GOP’s much-opposed healthcare bill during  a CNN-hosted town hall tomorrow night. 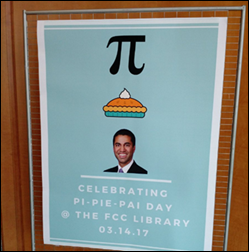 Today marks the 28th anniversary of Pi Day – a commemoration of the ratio of the circumference of a circle to its diameter. (It literally pained me to type that sentence. There’s a reason I went into journalism – primarily to avoid math.) The tradition, which was started by physicist Larry Shaw and his fellow San Francisco Exploratorium staffers, has without a doubt expanded into the popular zeitgeist. Even folks at the FCC – including Chairman Ajit Pai – seem to be having fun with it. 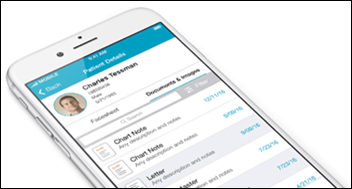 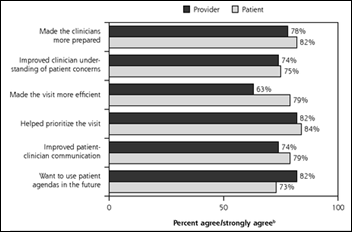 A small Open Notes-like pilot study finds that patients and providers benefit when patients are given the ability to type their appointment goals into their EHR beforehand. Conducted at the Harborview Medical Center’s (WA) adult medicine safety-net clinic, study participants felt that the exercise improved communication between patients and providers, resulting in a more collaborative and efficient visit. (This sample patient agenda and follow-up commentary from the patient and provider is pretty compelling.) Speaking my with “patient” hat on, I’d enjoy the ability to add my goals for upcoming appointments via my practice’s patient portal, and have that agenda automatically transfer to a universal EHR/PHR managed by me and caregivers of my choosing. 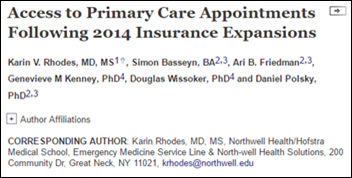 This is a bit dated, but in light of the current legislative environment I suppose it’s worth mentioning that researchers have found no evidence that ACA-induced insurance expansion resulted in a strain on primary care practices. Overall appointment rates from 2012 to 2014 were stable, with wait times of six to seven days for new patient appointments remaining largely unchanged. The authors cite healthcare IT, including EHRs and secure messaging, among their reasons as to why access remained level despite millions of newly insured consumers.

AMA, a vocal detractor of the AHCA, launches a new advocacy website to equip patients and providers with tools to voice their dissent with the proposed bill. The association’s formal objectives include: 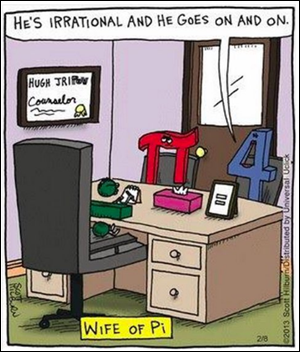 Pi Day humor gets me every time. 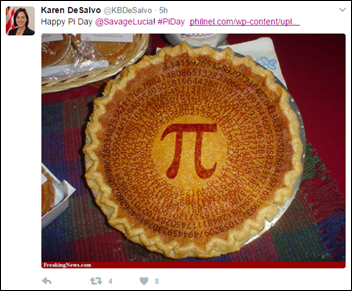 Anyone else find it funny that Pi Day is celebrated during National Nutrition Month?