Athenahealth launches MDP Labs, an incubator-like effort the company hopes will amp up its MDP Marketplace. The company will offer up to 200 seats to companies of all stages and sizes at its San Francisco office, affording them mentorship and community, partnerships and funding opportunities, and access to the company’s end users. Applications are due July 7. The program will kick off in August.

In other Athenahealth news, the local business paper points out that Elliott Management’s recently disclosed 9.2-percent stake in the company could signal a future sale or cost-cutting measures. Described as an “aggressive activist investment firm that manages more than $32 billion in capital,” Elliott Management’s interest in Athenahealth caused a 17-percent increase in the price of its stock earlier today. Company spokesperson Holly Spring says Athenahealth is looking forward to hearing the investment firm’s views on driving future growth, adding, “We have great confidence in the company and where we are headed.”

TSI Healthcare, a Chapel Hill, NC-based consulting firm specializing in NextGen PM and EHR products, will give the Surescripts National Record Locator Service a trial run. Launched last year, the service uses prescription data as part of its retrieval service, which thus far includes over 230 million records and over 4 billion physician-patient interactions. Aprima Medical Software, Greenway Health, and EClinicalWorks are among a handful of EHR vendors that have already signed on to the NRLS network. 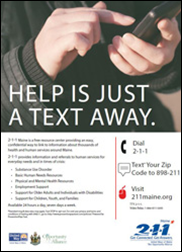 The State of Maine develops a text-based service for substance abuse counseling and resources. The effort piggybacks off the success of a similar service for pregnant women and new mothers that launched last year. “Unfortunately, there is still stigma around substance use disorder in today’s society, even though most people are affected by it either directly or indirectly, explains Christopher Pezzullo, state health officer for the Maine Center for Disease Control and Prevention. “That stigma prohibits people from reaching out for help and pushes them further away from a path to successful recovery. The texting capability through 2-1-1 offers individuals the feeling of a safer and more anonymous experience when seeking guidance on recovery options.” 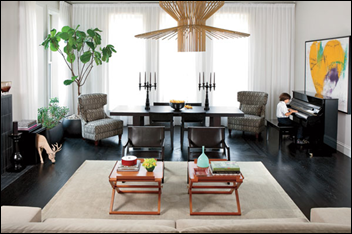 Chicago podiatrist Yev Gray will spend seven-and-a-half years in jail and will pay a $7 million fine after pleading guilty to defrauding Medicare out of $6 million. Health IT played a part in the Aggeus Healthcare owner’s scheme: He created an EHR that automatically created “canned language” in patient medical records that would ensure Medicare payment for procedures that wouldn’t normally have been covered. Gray and his wife, who was also charged, no doubt used some of those Medicare dollars to fund the home profiled by Chicago magazine several years ago.