My search for orthodontia services has reached a turning point. I’ve visited two practices, both of which seem to offer similar-quality services. One is very high-touch. I’ve received several follow-up emails from their practice manager asking if I had additional questions. It hasn’t quite reached the level of a car salesman, but it might get there if I don’t let them know of my decision one way or another within the next few days. Where I spend my hard-earned money will come down to how I feel about the following:

This experience has made me reflect on the difference in patient engagement techniques between traditional healthcare providers (at least those I’ve encountered) and orthodontics. I can’t recall ever having received as many follow-ups from the various primary care docs, dermatologists, and OB/GYNs I’ve seen over the years. I have never received a reminder that it’s time for any type of annual exam. That lack of communication makes me wonder just how focused my area practices (the majority of which are owned by large health systems) are on value-based, preventative care. It’s no wonder so many of us are eschewing traditional practices for more convenient though less personal options like retail clinics, urgent care, and telemedicine.

March 27 (Wednesday) 2:00 ET. “Waiting on interoperability: What can payers and providers do to collaborate?” Sponsored by Casenet. Presenter: Amy Simpson, RN, director of clinical solutions, Casenet. A wealth of data exists to identify at-risk patients and to analyze populations, allowing every payer and provider to operate readmissions intervention and care management programs. Still, payer and provider care managers are challenged to coordinate and collaborate to improve outcomes because of the long road ahead to interoperability. Attend this webinar to learn what payers and providers can do now to share information and to coordinate their efforts to create the best healthcare journey for members and patients.

Central Ohio Urology Group spins off a practice management company under the leadership of its CEO, Mark Cherney, who explains that the goal of US Urology Group is to help urology practices succeed “without having to acquiesce to a hospital acquisition.”

SimplifyASC raises nearly $3 million as part of a Series A round led by Jumpstart Capital. The ambulatory surgery center-focused EHR and practice management company was spun out of the assets of CSS Health Technologies and Ormed Information Systems, which merged in 2014. 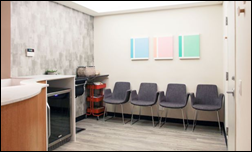 Iora Health will expand its primary care services for Medicare members to Texas this fall. The company, which operates similar practices in six other states, will hire up to 60 employees to staff its Houston practices.

The University of Illinois at Chicago’s Division of Specialized Care for Children selects care and community services coordination software from Eccovia Solutions.

AHRQ develops the Question Builder app to help patients better prepare for medical visits. Users have the ability to select questions to ask their provider from a list compiled by AHRQ based on type of medical encounter, take notes and pictures during their visit, and share their documentation with others. 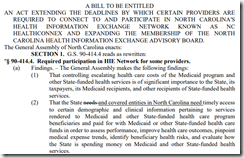 Behavioral health providers in North Carolina are pushing for more time to connect to the statewide HIE ahead of the mandated June 1 deadline. Lawmakers have introduced a bill that would give them two more years to get their EHRs up, running, and connected; but it has faced opposition from those who feel interoperability should happen sooner rather than later. Affected providers have cited prohibitively expensive EHR costs and lack of suitable systems as the reason for their delay. 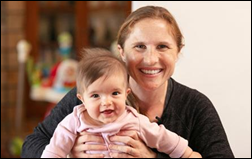 First Pi Day, then Match Day: UC San Diego Health profiles Olympic soccer gold medalist and UC San Diego School of Medicine student Rachel Van Hollebeke and her anticipation of Match Day on Friday, March 15. Van Hollebeke, who wants to go into family medicine, will follow in the footsteps of her great grandfather and grandfather – both GPs; and father, who recently retired after a 40-year career as a cardiothoracic surgeon.