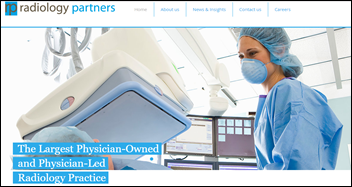 Starr Investment Holdings invests $700 million in Radiology Partners, which bills itself as the largest radiology practice in the US. The practice, which employs 1,400 radiologists across 21 states, will use the funding to continue its growth into new markets and to purchase and develop new technologies. 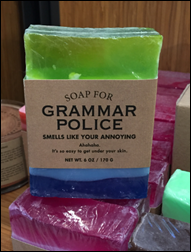 I couldn’t help but laugh out loud when I saw this, at the local surf shop of all places. I would have bought one for Mr. H had the packaging mentioned the Oxford comma.

July 31 (Wednesday) 1:00 ET. “Modern Imaging Technology for the Enterprise: Mercy’s Approach That Improved Imaging Cost, Speed, Capacity, and Care Quality.” Sponsor: Mercy Technology Services. Presenter: Jim Best, executive health IT consultant, Mercy Technology Services. Enterprise imaging has become as critical as EHRs for transforming patient care, but many health systems are struggling with the limitations and costs of dated, disconnected PACS even as imaging volumes grow and radiologists report increasing levels of burnout. Radiologists at Mercy were frustrated by its nine disparate PACS, which required them to toggle between workstations, deal with slowdowns and poor reliability, and work around the inability to see the complete set of a patient’s prior images, even as demands for quick turnaround increased. In this webinar, MTS — the technical backbone of Mercy — will describe the lessons they learned in moving to a new best-of-breed PACS platform that increased radiology efficiency by 30%, with the next phase being to take advantage of new capabilities by eliminating third-party reading services and distributing workload across radiology departments to improve efficiency, capacity, and timely patient care. 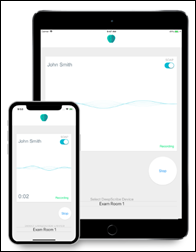 NHS psychiatrist and columnist Max Pemberton writes about his experiences with the GP at Hand app, both of which left him with misdiagnoses and incorrect prescriptions. Aside from his personal use of the glitchy Babylon-powered app, Pemberton points out the lack of evidence surrounding virtual care’s safety and clinical efficacy. He also worries that the app’s young, wealthy, tech-savvy users aren’t really the demographic England’s healthcare digitalization efforts need to focus on; and that brick-and-mortar practices will suffer as telemedicine apps siphon off their patients and overworked GPs looking for more flexible schedules. “I think there’s a place for apps,” he writes, “but this will not save the NHS. It provides a nice, convenient alternative to seeing a doctor, but it can no way replace physical GP surgeries. And the way it has been rolled out risks undermining NHS GP practices and hastening their decline.”

New research from Vanderbilt University Medical Center (TN) finds that independent physicians have not kept up with federally-mandated EHR maintenance as much as their employed counterparts. The study of nearly 300,000 physicians found that:

Researchers suggest that the drop-out rate for independent physicians was likely due to the fact that the benefits didn’t outweigh the costs of maintenance. They also surmise that a lack of up-to-date technology may have induced some physicians to opt for employment or retirement. 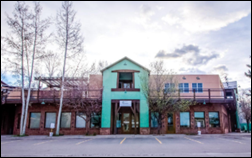 Mountain Family Health Centers Director of Data Quality Chris Tonozzi, MD shares his thoughts on EHRs in the wake of a NextGen upgrade across the FQHC’s six locations in Colorado. Staff spent two half-days in training and slowed their schedules for two weeks to allow for time to adapt to the software’s changes. Tonozzi, who is also known as the “Data Doctor,” shares several ways in which the EHR has helped improve efficiency: