CNBC’s Chrissy Farr pens a review of the actions that led up to Jonathan Bush’s ouster at Athenahealth, and what the former founder and CEO is up to now.

Bush now spends half his time as executive chairman of primary care startup Firefly Health, while the rest is spent with family and serving on the boards of AI-focused healthcare company Innovaccer and mental health therapy startup SonderMind. He has admitted that he’s pretty much unemployable as a public company CEO.

Tinder dating app founders Sean Rad and Justin Mateen make good on their promise to invest in Mosh, a men’s digital health and wellness startup akin to Roman, with a $1 million financing commitment. 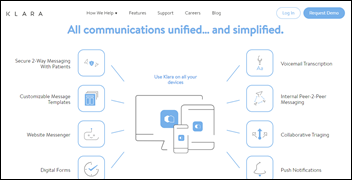 Nextech Systems adds secure messaging and patient engagement capabilities from Klara to its EHR and practice management software for specialists.

The Connecticut Department of Correction will move from paper records to GE Centricity.

Health IT reseller TSI Healthcare adds telemedicine technology from Otto Health to its line of products and services.

An analysis of data from 1,022 oncologists finds that 50% often discuss the costs of genetic testing with patients, 26% do so some of the time, and 23% never or rarely do. Oncologists with access to EHRs were twice as likely to bring up costs when discussing genetic testing options.