Reuters reports that online prescription delivery and telemedicine company Hims is considering going public through a merger with an unnamed company that could put its value at $1 billion. 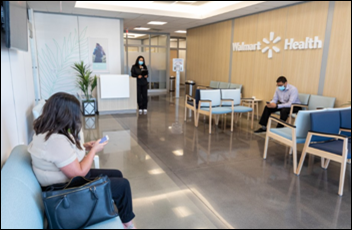 Walmart Health will expand into Florida next year, with an initial presence in Jacksonville. Clinics will also eventually open in Illinois.

ReferralMD adds automated prior authorization to its care coordination software. 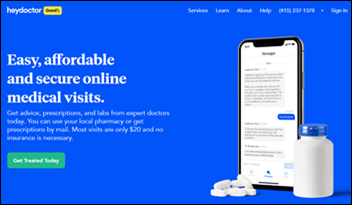 GoodRx expands its telemedicine service to all 50 states and Washington, DC. 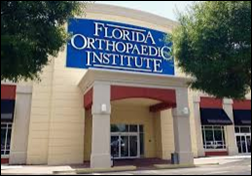 Florida Orthopaedic Institute notifies patients of an April ransomware attack that may have compromised PHI. 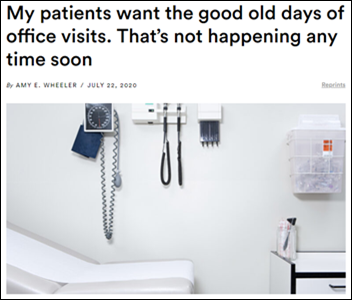 Boston-based primary care physician Amy Wheeler, MD shares the struggles she and her colleagues face in convincing patients not to delay care because they’d prefer an in-person visit to a virtual one. Returning to pre-COVID-19 patient volumes won’t happen anytime soon: “To begin ramping back up, we are scheduling only about one-quarter of the patients we were seeing before the pandemic started so we can study our workflows and make sure we maintain safety for patients and staff. After this cautious time, we will move through Massachusetts’ four-phase reopening plan and increase in-person visits while continuing to maintain safe social distancing.”

CityBlock Health raises $54 million in a Series B+ round that brings its total funding to over $120 million. The company focuses on using technology to better integrate physical and mental healthcare with social services for those living in lower-income communities. It operates several primary care clinics in Connecticut, Massachusetts, New York, and North Carolina. 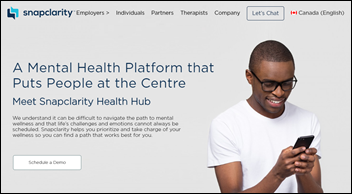 Online prescription delivery company NowRx raises $20 million in a Series B round of financing. The company says it will use the investment to further develop its proprietary QuickFill technology so that more prescriptions in more areas can be filled and delivered within the same day. 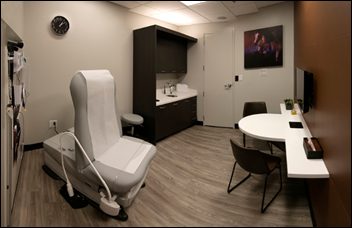 The local paper highlights the first of Amazon’s newly announced health centers for employees and their families. Located in Las Colinas, Texas, it will be the first of 20 in the online retailer’s partnership with Crossover Health, which provides tech-enabled care for employers. Amazon anticipates eventually serving 115,000 patients across five cities. 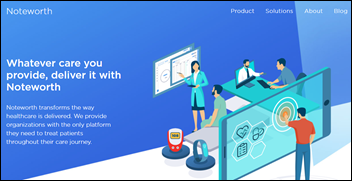 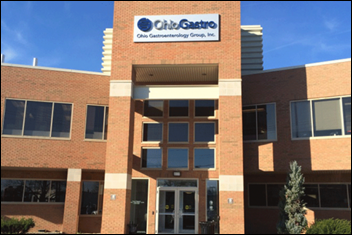 Athenahealth rebrands its Centricity products, acquired from GE Healthcare through a series of acquisitions and mergers, to AthenaIDX in homage to original developer IDX Systems.

MHMR Services for the Concho Valley (TX) will implement the SmartCare EHR from Streamline Healthcare Solutions. 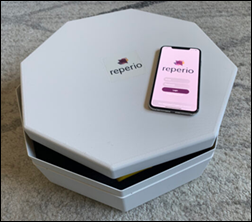 GeekWire profiles Reperio Health, an Oregon–based startup that aims to disrupt the at-home testing market with a subscription-based, app-enabled service that offers consumers testing once, twice, or four times a year using their proprietary kit. The company hopes to eventually add telemedicine capabilities. 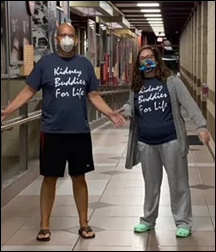 In Cincinnati, medical assistant Heather Kouns forges a life-long bond with Dry Ridge Family Medicine co-worker Dirk Hines, MD when she donates a kidney to him. Hines’ wife, Amy, says the surgery earlier this week went well: “Heather is a reminder of people that still care.” 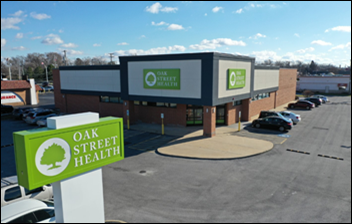 While it may be a bit like comparing apples to oranges given their slightly different business models, it’s worth noting that primary care company One Medical raised $245 million during its IPO at the beginning of this year, and has seen its stock surge from $14 to over $40 a share in the ensuing months.

In Canada, clinic operator and EHR vendor Well Health Technologies will acquire the cybersecurity services of Cycura for $1.9 million.

Mental healthcare startup Ahead raises $9 million in a funding round led by online B2B pharmacy company Truepill. The company operates its own clinics and offers virtual visits with its employed psychiatrists. It also offers prescriptions filled and delivered by Truepill through its patient portal. 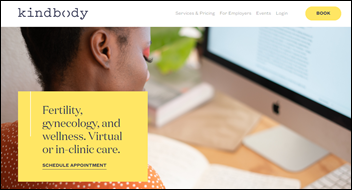 Technology-enabled women’s care company Kindbody raises $32 million in a Series B round led by Perceptive Advisors. The business, which has raised $63 million so far, will use its latest investment to continue its national expansion and establish an international presence. 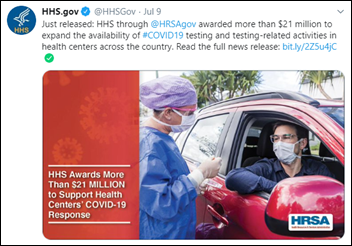 HHS awards $21 million to health centers across the country, with the majority going to expanding COVID-19 testing efforts. 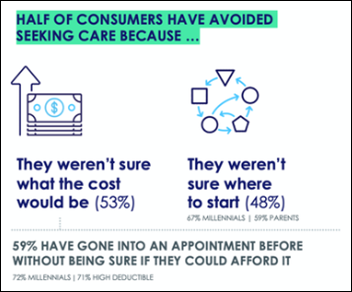 A survey of nearly 2,000 consumers finds that half have avoided seeking care in recent months, a circumstance no doubt related to the fact that most report not knowing the cost of treatment until months later and that every step of the care process is a chore. Not one survey-taker gave any of the survey’s 29 tasks a score of “effortless.” Findings like these, while not surprising, make me glad Walmart Health is right down the road. Up-front pricing and easy scheduling of same-day appointments, coupled with the fact that the medical director was poached from a well-known health system, make it an almost effortless choice for my basic healthcare needs.

Prescription delivery company MedMinder develops a telemedicine-enabled pill dispenser that enables users to connect with members of their healthcare team via touchscreen, connect with other devices via Bluetooth, and view information about their medications.

A Black Book survey of 4,400 providers finds that just 26% of primary care physicians have been satisfied with telemedicine visits during the pandemic, compared with their more-pleased colleagues in behavioral health and other specialties. Top concerns with virtual visits include a lack of interoperability and enough data for care continuity, reimbursement parity, and the generation of useless data. Respondents feel that less than 10% of visits will be conducted virtually once the COVID-19 crisis is over. 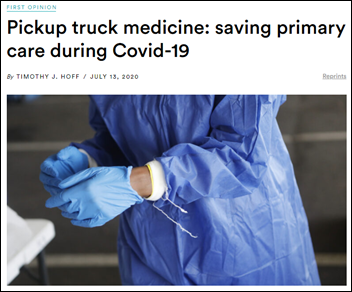 STAT offers a thoughtful glimpse into the ways primary care physicians in New York kept caring for patients during the early days of the pandemic, often resorting to technological workarounds like setting up WiFi hotspots in their parking lots so that patients could park and engage in virtual visits. 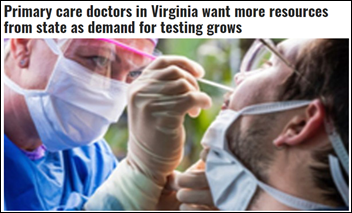 Physicians across the country are still dealing with PPE shortages, as local news reports in Virginia and Maine attest. “Practices are still reusing the same N95 mask that they’ve had for the last month, two months,” says pediatrician Sandy Chung, MD. “The places that do sell us PPE, it’s at three to five times the normal cost. So at the same time that practices have reduced revenue because of all the reduced visits, we’re being asked to pay extra.” 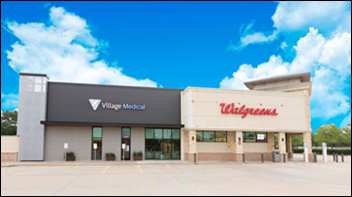 Walgreens will invest $1 billion to open primary care clinics run by VillageMD in 500 to 700 of its stores over the next five years. The bulk of the investment will be used by VillageMD to open the clinics and integrate its technology, which includes a proprietary operating system, analytics, and telemedicine.

The new clinics will be between 3,300 and 9,000 square feet, and will have a minimum of nine exam rooms, one waiting area, and a physician-led staff of four. They will also offer home and virtual visits.

The decision comes after the two companies opened five clinics at Walgreens stores in Houston last fall. The retail pharmacy chain will own nearly a third of VillageMD once the investment is concluded. 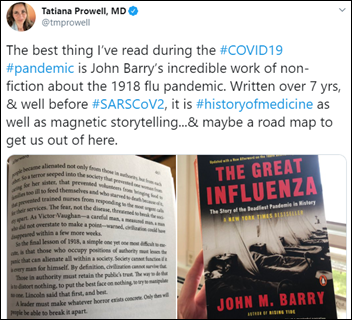 I’ve seen this book mentioned a time or two over the last six months, and so I think it’s about time I add it to my must-read list. I’d love to share reviews from HIStalk Practice readers who’ve already read it.

I enjoy learning what industry executives are reading in their spare time. SailPoint’s latest book club blog post lists the favorite titles of SVP of Strategic Innovation Dave Hendrix: “Ishmael: An Adventure of the Mind and Spirit” by Daniel Quinn, “The Art of Happiness” by The Dalai Lama, “Blink: The Power of Thinking Without Thinking,” by Malcom Gladwell, and “Subscribed” by Tien Tzuo.

Speaking of book clubs, this article makes the case for why now is the perfect time to start a corporate one: “Starting the book club has been immensely impactful on our team during this time,” says one Zappos book club lead. “I think as we transitioned to working from home, it helped with keeping a sense of normalcy, and also helps us keep our core values and connections alive, even if we can’t physically be together.”

Doctor on Demand raises $75 million in a Series D investment round that brings its total funding to just under $236 million.