Elektra Health raises $3.75 million in seed funding to further develop its telemedicine and support service for menopausal women. The company got its start in 2019 and will formally launch its platform early next year. Co-founder Jannine Versi spent several years at Cityblock Health as VP of clinical programs, partnerships, marketing, and communications.

HRSA awards $3 million to three organizations that will test models in rural areas designed to improve access to maternal and obstetric care, including improved care coordination and expanded use of telemedicine. 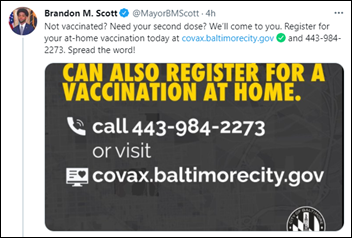 I’ve come across several tweets and articles related to public health efforts to vaccinate people in their homes, whether as part of a community door-to-door canvassing campaign by public health workers or by appointment. I’d be interested to know how many residents take advantage of either option.

Tech-enabled kidney care company Cricket Health raises $83.5 million in a Series B funding round led by Valtruis, bringing its total raised to more than $120 million.

Privia Health reports a 23% jump in Q2 revenue to $225.8 million, and a 6.4% increase in implemented providers. The company, which operates a medical group and offers practice management technology, earned parent Brighton Health Group’s ownership stake at $2.75 billion when it went public earlier this year.

Lucid Lane raises $16 million in a Series A funding round. The virtual care company, which is focused on patients with medication dependence and substance-use disorders, has developed its own remote patient monitoring program and analytics engine to help its therapists better tailor treatments. Beau Norgeot (Anthem) has joined the company as chief data officer.

NPR digs into last month’s news that One Medical employees are looking to unionize, citing a change in working conditions and company priorities after its IPO earlier this year. Employees have anonymously complained of a post-IPO mentality of profits over patients, including cutting appointment times by 10 minutes and having less time to respond to patient calls at the company’s call center in order to meet daily call targets. “You’re just sitting there, looking at a metric, trying to meet a percentage,” said one employee. “It’s super anxiety inducing. The idea used to be that if you had a phone call from a patient, you’d have … time to figure out how to help them.” 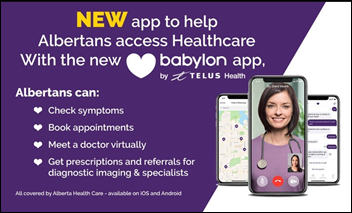 In Canada, a report from Alberta’s privacy commissioner finds that Telus Health ignored some of the province’s privacy laws when it rolled out Babylon’s virtual care app last year as part of a province-wide healthcare program. The report points out, among other red flags, that the company has used a security template developed for its operations in the UK rather than tailoring its policy to fit with Alberta’s regulations, collects more patient data than it needs, and sells that data to third parties without making it obvious to users upon sign-up. Telus has complied with some but not all of the report’s recommendations.

Telehealth visits plateaued in May after a three-month decline, according to new data from Fair Health. Mental health conditions, substance use disorders, and acute respiratory diseases and infections were among the top five diagnoses. 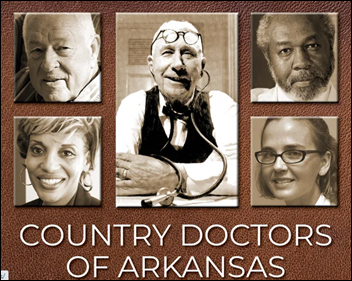 Just in time for National Book Lovers Day: Sam Taggart, MD releases “Country Doctors of Arkansas,” featuring the stories of 45 physicians from small towns across the state. The book was inspired by Taggart’s “Arkansas Physicians Oral History” project, which compiled interviews with 70 MDs. 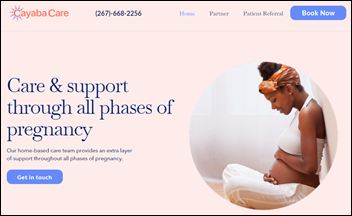 Cayaba Care launches with $3.2 million in seed funding, which it will use to market and further develop its tech-enabled, home-based maternal care services.

Dr. Jayne and I were trading book and binge-watching recommendations the other day, and I forgot to mention how much I enjoyed the movie “Tolkien,” which offers a snapshot of J.R.R. Tolkien’s childhood through early adulthood. It’s a quiet movie with a lovely soundtrack, giving viewers a glimpse into just how the world of Middle Earth evolved during his journey from orphan to author.

I typically read “The Hobbit” and “The Lord of the Rings” books once a year, and have dabbled in earlier Middle Earth tales, though I’ve never attempted “The Silmarillion.” Needless to say, the movie has gotten me excited for Amazon’s LOTR series, set to debut in September 2022. Are there any other Tolkien fans out there? Email me with your favorite Tolkien (or Tolkien-esque) reads. I’d love to add them to my must-read list.

Senior care-focused InnovAge invests in telemedicine company JetDoc, and will work with the startup to develop virtual care and remote patient monitoring programs for members of its PACE programs. 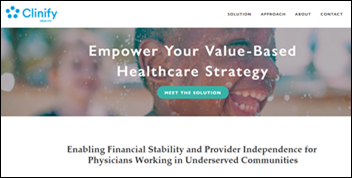 HST Pathways names David Thawley (Lytx) CEO. He takes over the role from founder Tom Hui, who will assume the role of non-executive chairman.

A study in Health Affairs finds that patients seen in a medical office directly after a patient with flu-like symptoms were more likely than non-exposed patients to return to that office with similar symptoms within two weeks. The study was conducted to assess the state in which outpatient clinics can safely operate during the pandemic and the value virtual care programs may have in terms of infection control and patient safety. 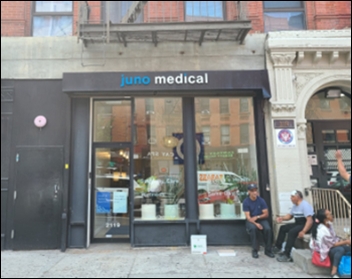 Tech-enabled provider Juno Medical raises $5.4 million in a seed funding round led by Vast Ventures. The company has opened its first clinic in Harlem, and will soon expand to Brooklyn. It also plans to expand its virtual care offerings and price transparency capabilities. 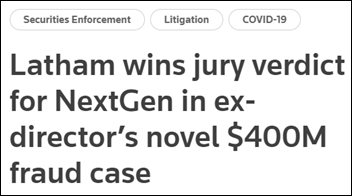 It seems NextGen’s years-long legal battle with a disgruntled former board member has finally come to an end: The company has prevailed in a lawsuit brought by former board member Ahmed Hussein that alleged the health IT vendor fraudulently misrepresented its 2012 earnings guidance, causing Hussein to hold off on selling shares that would have netted him $400 million. A jury found that the statements were made in good faith at the time, negating the rest of the claim. NextGen has wrangled with Hussein since at least 2008, when executives asked shareholders to help them defeat his “destructive attacks.” 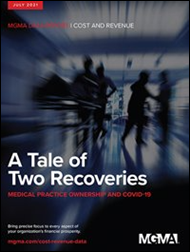 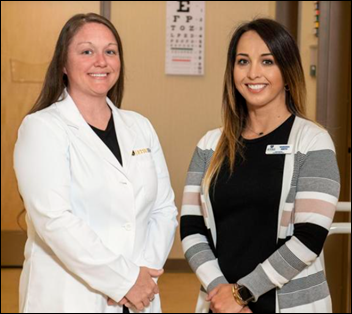 The local paper profiles the success the Johnson City Community Health Center (TN) has seen with an internally developed tracking tool for diabetic patients. The EHR-embedded tool, designed by Practice Administrator Vanessa Smith and Clinical Director Kayla Norma, MD includes a checklist for items like A1C levels, diabetic eye exams, foot exams, and medications; plus medical reminders. Since implementing the tool six months ago, the center has seen its population of patients with uncontrolled diabetes drop from 38% to 29%. 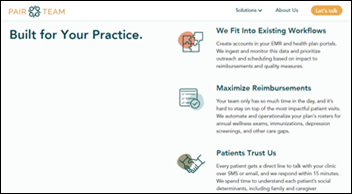 Behavioral health clinic SonderMind raises $150 million in a Series C funding round, bringing its total raised to $183 million. The company, which offers virtual and in-person care, will use the investment to improve its data-based patient-provider matching capabilities and expand into all 50 states. 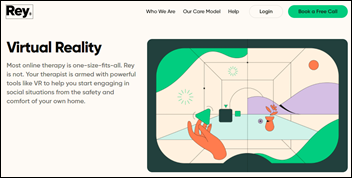 Online therapy and medication management startup Rey raises $10 million in a Series A funding round. The company incorporates virtual reality developed by parent company OxfordVR into its curated wellness plans. 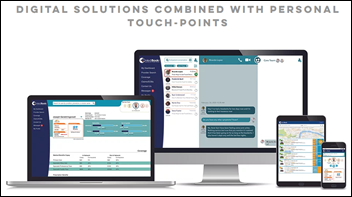 Talkiatry, an in-person and virtual mental health provider, raises $20 million in a Series A funding round.

Altais President and CEO Jeff Bailet, MD takes on the additional role of Brown & Tolan Physicians CEO on an interim basis until a replacement is found for departing CEO Kelly Robinson. 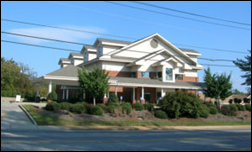 Following in Delaware’s footsteps, the Hawaii State Department of Health will equip 15 public libraries with private, connected spaces for telehealth visits, and cellular hotspot units that can be checked out for virtual visits from home. The $3.7 million project is timely for a number of reasons; perhaps most notable is the fact that Hawaii has the third worst physician shortage in the US. 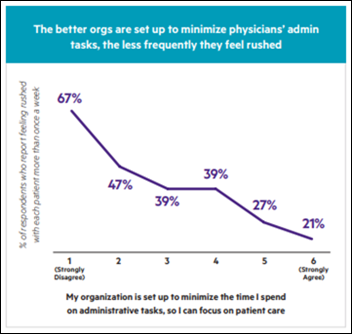 A survey of 799 physicians from mostly independent practices finds that while feelings of burnout have been common (28% of respondents report feeling burnt out at least once a week), physicians report lower rates of burnout and higher satisfaction on a range of measures compared to 2018. Physicians working at FQHCs, however, report being less satisfied with their jobs than their counterparts at independent and hospital-owned practices. Burdensome administrative tasks, including time-consuming record-keeping, continue to contribute to job dissatisfaction. 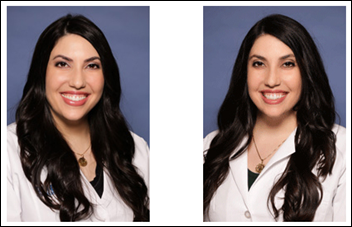 A Detroit lifestyle publication profiles twin sisters Lauren and Adriane Marchese, both MDs who worked together at the Detroit Medical Center during the height of the pandemic. They have since started their own practice, Michigan Primary Care and Rheumatology Associates. “The reaction from the majority of patients when they first see us together is pure laughter,” says Lauren (pictured on the right). “It’s a wonderful thing we’re able to do for our patients. Nobody wants to go see a doctor — we know that. But if we can make it a more positive experience, that warms our hearts.”