A network of nephrology practices partners with Fresenius Medical Care to form InterWell Health, a population health management company that will offer the full scope of kidney care services to payers and providers participating in value-based care business models. The new company has already raised $20 million. 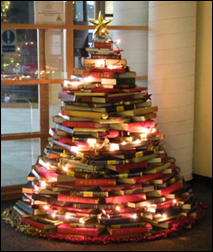 Sounds strange to say, but this will be the last HIStalk Practice post of the decade. I’ll resume publishing the first week of 2020. Happy holidays!

Stumped as to what to give that friend or family member who has everything? Check out “20 Of The Best Books To Give As Gifts This Year.” (And there’s absolutely nothing wrong with gifting a book to yourself.) 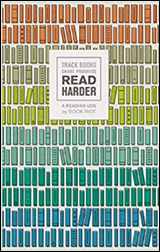 I’ll be gifting myself the “Read Harder” reading log soon. I’ve tried to maintain reading lists via Goodreads in the past, but that habit never seemed to stick. Putting pen to paper in a journal that also challenges readers to pick up certain types of books throughout the year seems more fun.

I received my first HIMSS event invite this week, and was surprised that it took this long for them to start arriving. Like Christmas, it seems HIMSS prep starts earlier and earlier every year. 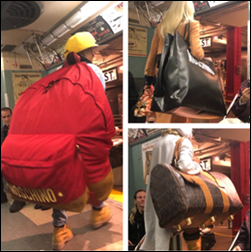 Like Dr. Jayne, I’ll be looking for the perfect walking shoe and show-floor bag to take to Orlando. I opted for a velvety, floral backpack last year. Perhaps I should consider something from Moschino’s latest collection instead. Smartphones are getting bigger, after all, and fanny packs are soooo 2019.

None scheduled in the coming weeks. Previous webinars are on our YouTube channel. Contact Lorre to present

Greenway Health makes the Carequality Interoperability Framework available to its Prime Suite and Intergy EHR customers via the CommonWell network. 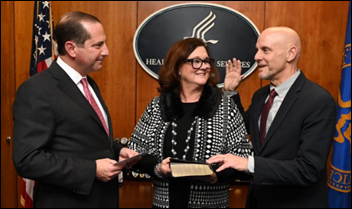 21st Century Oncology emerged from bankruptcy nearly two years ago after a string of settlements and fines related to a data breach, alleged fraudulent billing, and fraudulently attesting to Meaningful Use. 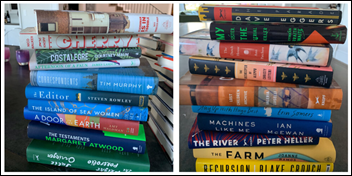 Folks are publishing their “best of” reading lists like there’s no tomorrow. If you’re looking for reading suggestions over the holiday break, check out lists from Literary Hub and The What. What books would make your top of 2019 list? Email me and let me know. 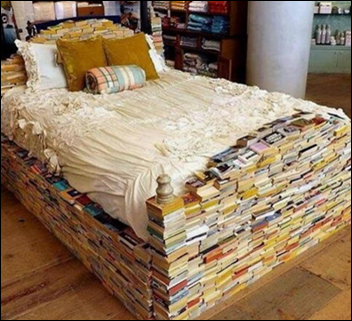 Bibliophiles sometimes have to clean out old books to make way for new tomes. If you’re in that boat this holiday season, perhaps this article will inspire you to put your books to a practical use.

Fertility clinic and technology company Kindbody secures an undisclosed amount of financing from the former Google Ventures, bringing its total funding to $32 million. The company has opened three brick-and-mortar clinics, and offers mobile clinics and telemedicine for mental health and nutritional counseling. Kindbody will use its latest investment to further scale its services for self-insured employers, which launched in April. 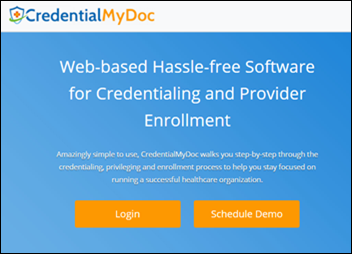 PursueCare announces GA of addiction treatment programs through its telemedicine software for providers in Kentucky and West Virginia. The app-based program includes counseling, medication treatment, and access to PursueCare’s mail-order pharmacy. The Middletown, CT-based company is also opening a clinic in Somerset, KY to help patients who need in-person assessments. 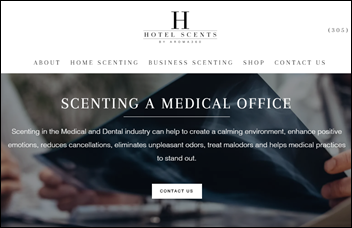 I had no idea this was a thing: There are companies, like Aroma360, that specialize in scents for commercial spaces including physician practices. In fact, according to the company, calming patient distress through careful “fragrancing” is a key solution to helping people overcome their fear of the doctor (and here I thought folks were putting off care because of a fear of high bills). Bespoke scents can also be crafted to embody a practice’s philosophies. 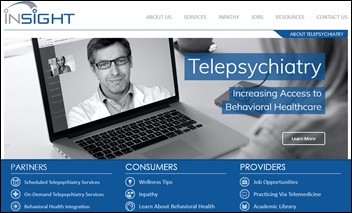 Bridge Connector, which integrates CRM systems with EHRs and other health IT, raises $25 million, which it will use to help launch its new integration platform-as-a-service that connects health data systems without the need for code. 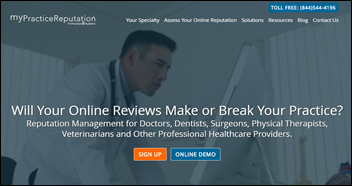 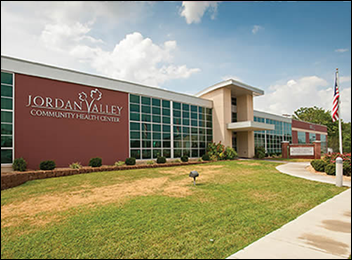 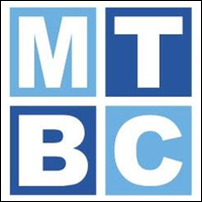 Primary care physicians in the US lag behind their international counterparts when it comes to the digital exchange of health information, according to a new Commonwealth Fund study. The survey of 13,000 PCPs in 11 countries found just about half of US physicians receive alerts when their patients are seen in the ER or admitted to the hospital, while between 79% and 85% of physicians in the Netherlands and New Zealand receive such notifications. US physicians also lag behind when it comes to their ability to exchange data with physicians outside of their practice. American patients, however, have better access to patient engagement technologies that enable them to schedule appointments and refill medications online, and access health histories and lab test results through portals. 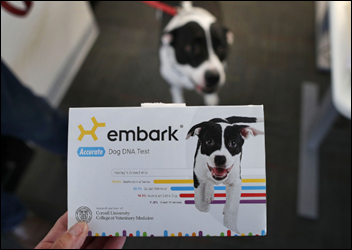 Remember when consumer DNA tests were the hot Christmas gift? Who knew Fido was feeling left out? A dozen companies now offer direct-to-consumer genetic testing kits for canines so that owners can better understand their dog’s breeding background. Experts say consumers should take these results with a grain of salt, as the companies don’t typically publish their methodologies, the tests aren’t regulated by the FDA, and results can be inaccurate. As with humans, privacy concerns are a consideration, especially when it comes to certain breeds: “Once you have given away your dog’s DNA and some company has the results, you may not have control over what happens to that information.”

Legal proceedings for former Outcome Health employees get under way in Chicago: Analysts Kathryn Choi and Oliver Han have pled not guilty to charges of felony conspiracy to commit wire fraud, while former executive Brad Purdy has also pled not guilty. Former EVP Ashik Desai pled guilty: “When I was at Outcome Health, there were practices going on there that were wrong. I participated in those practices that ended up defrauding Outcome’s customers.”

Thanks to the following companies that recently supported HIStalk. Click a logo for more information. 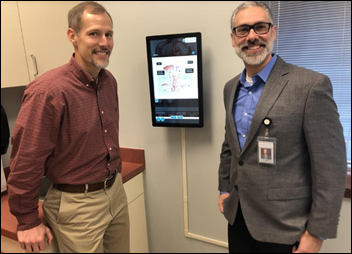 The local Gastonia, NC paper looks at the opening week of Gaston Medical Partners, an independent practice founded by physicians who broke away from CaroMont Health System to offer patients less bureaucratic care. GMP has seen an average of 100 patients daily, the majority of which were previous CaroMont patients. All have been understanding of opening-week hiccups, which have included getting a new EHR up and running. “The patients have been really gracious and understanding,” says Brian Wysong, MD. “They understand it’s a brand-new thing. Once we get fully going, I’d say (we’ll see) maybe 150, 160 patients a day.” 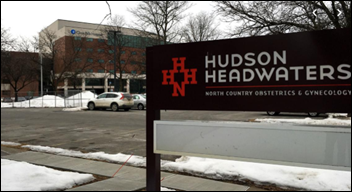 Skin care startup Apostrophe raises $6 million in a seed funding round. The company contracts with its telemedicine doctors, and also offers mail-order pharmacy services. In terms of diagnostic technology, co-founder Ben Holber says Apostrophe is eschewing machine learning and sticking to text-based messaging and video visits for now: “In a world of a million offerings online, when you have real personalization and a real personal interaction, there is a huge premium on that. There is a ton of value in knowing someone is on the other side really looking at your stuff, and who’s there to answer a question.”

A retrospective analysis of 101 telemedicine studies finds virtual visits may be just as effective as in-person visits for several neurological conditions, including concussion and traumatic brain injury, dementia, epilepsy, headache, multiple sclerosis, movement disorders, neuromuscular conditions, and general neurology. Analyses found patient satisfaction and diagnosis accuracy to be the same for both types of visits, with improved health outcomes seen in some telemedicine cases. 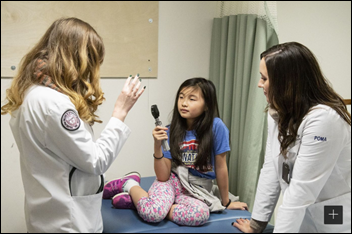 I wonder what badge they earned: Girl Scouts in Philadelphia pose as patients for students at the Philadelphia College of Osteopathic Medicine. A PCOM spokesperson says the students benefitted from interacting with pediatric patients, something they rarely get to do; while the scouts gained experience in how to talk with doctors about their health. 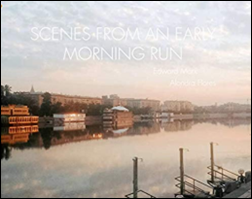 Health IT and books again collide in “Scenes from an Early Morning Run,” a new coffee table book from former HIStalk contributor, health IT fixture, and athlete Ed Marx. He says the book contains “the best pics taken while running from around the world. You are holding the first edition. All proceeds go directly to help a Dreamer realize her dreams.” 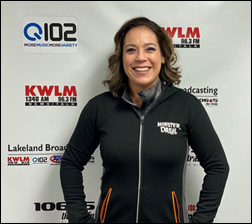 It wasn’t long after I came across the book above that I ran across the story of family physician Maria Loerzel, MD who’ll run her first marathon this Sunday while pushing her friend Chris Douglas, who has ALS, in a wheelchair. Loerzel got into running several years ago after losing a bet to her husband.

Atlanta-based Motivo raises $2.2 million in a seed funding round led by Cox Enterprises. Motivo has developed an app that helps connect mental health providers with clinical supervisors who can oversee continuing education related to licensure. 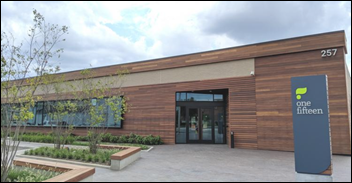 The OneFifteen addiction center in begins seeing patients in Dayton, OH. The center is part of an addiction services campus backed by Verily that will eventually include a workforce development site. Plans are already in the works for a 5,000 square-foot addition. 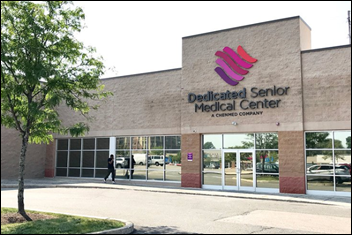 Senior-focused primary care, management, and technology company ChenMed will open 20 new practices in five new cities, bringing the number of its centers to 80 in 10 states. 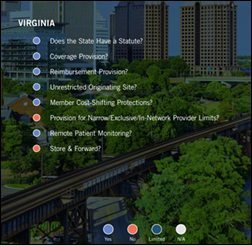 Foley & Lardner publishes a state-by-state look at telehealth payment parity laws in a new 150-page report. Only 10 states have true parity – meaning providers are reimbursed at the same rate for virtual care as for in-person care. 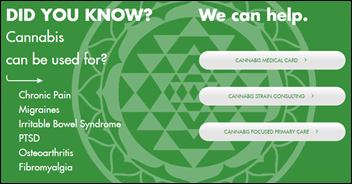 Could this be the start of a trend? Rahul Khare, MD expands his practice’s services to include cannabis-focused primary care and cannabis consulting. Khare and his staff will guide patients on the appropriate use of cannabis for symptom relief, including the most effective strains and dosing.